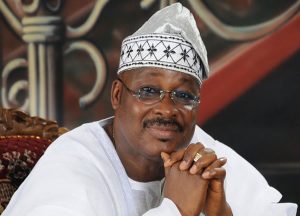 Deputy Governor of Oyo State, Moses Alake, has declared that he is the best to succeed Governor Abiola Ajimobi when the incumbent’s tenure expires in 2019.

Alake explained that after examining the profiles of others, who had earlier declared their interest in the office, he realised that he was the most suitable for the job in 2019.

The deputy governor made his intention known at the state All Progressives Congress’ secretariat in Ibadan on Tuesday.

He said he had the basic experience to become the next governor of the state having served in various political offices before becoming the state’s deputy governor six years ago.

The people of Oke Ogun, where Alake hails from, are agitating to produce the next state governor.

Alake stated, “The governor has performed very well and there is a need to continue his good and quality work. As a loyal party man, who has been in the progressives fold all my life, from the days of the Action Group, the Social Democratic Party and now, the All Progressives Congress, I have enough experience to succeed the governor.”

The APC chairman in the state, Akin Oke, commended Alake for coming up to declare his intention.

He however said the party would go through the normal process of choosing its candidate at the appropriate time.