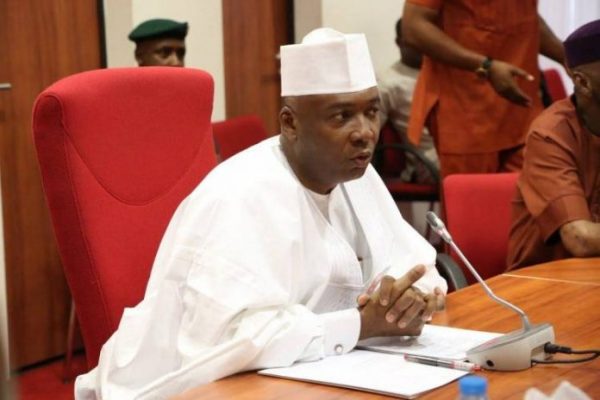 Senate President Bukola Saraki has said Nigerians will know about his intentions for 2019 in two months.

He said this in an interview with Osasu Igbinedion on the Osasu Show on the sidelines of the unveiling of Bolaji Abdullahi’s book, ‘On a Platter of Gold: How Jonathan Won and Lost Nigeria’.

Abdullahi, who is the national publicity secretary of the All Progressives Congress (APC), was a former minister of youth and sport under the former President Goodluck Jonathan-led administration.

Saraki said there was enough time to talk about 2019, adding that the topics for discussion now should be how to develop the country.

“You are like the tenth person who has asked me, so there is a queue. I promised the first person that when it is time to talk about 2019, I would answer the questions,” Saraki said.

“Anytime next year from February, you can ask us about what are my intentions in 2019 or whether I want to come back to the senate.

He further said there were many reasons Jonathan lost the 2015 election, saying “he probably for example should not have allowed some of us to have left the party.

“He will have done certain things against the fight against corruption and the government, but I think he didn’t do a number of those things and a few of the people who were close to him, gave him the impression that all was good.”

Asked the role he played in the emergence of former President Musa Yaradua as the presidential candidate of the Peoples Democratic Party (PDP) in 2007, he said he will disclose that in the book he was going to write.

“I said I am going to write a book and if I start to give us answers, my book will never sell,” he said.

“So, you are not going to make me disclose the value of my book. My book will contain all those answers so, you will have to wait for my book.”