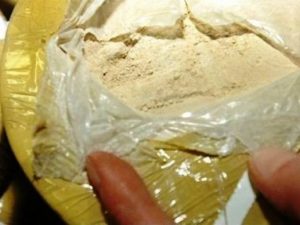 A Nigerian and his accomplice have been arrested by Indian authorities, for allegedly dealing in drugs.

According to reports from India on Tuesday, Nigeria’s Ikenna Okoye, 33, and one Har Govind Singh, 33, heroin worth Rs 45 lakh (about N25,142,400.00) were recovered from them by the Narcotics Cell of Crime Branch, police said today.

Fine quality heroin weighing 380 grams, worth Rs 45 lakh in the international market, was recovered from the duo, India.com quoted the official as saying.

The Narcotics agency was said to have received information that Singh, a drug-peddler, procured heroin from Okoye who live at Uttam Nagar.

Okoye, who hails from Anambra state, arrived India in July 2012 on a tourist visa but “fell in bad company and to earn quick and easy money started supplying drugs in the area of Uttam Nagar and Dwarka,” added the official