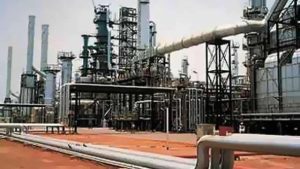 The Kaduna Refining and Petrochemical Company, did not process any crude oil from June to September this year and made a loss of N14.43bn within the period.

The three government-owned refineries lost a total of N16.67bn in the third quarter of this year, the latest financial and operations report of the Nigerian National Petroleum Corporation, obtained by our correspondent on Friday, showed.

The nation’s refineries are the Warri Refining and Petrochemical Company, Port Harcourt Refining Company, and the KRPC.

The Port Harcourt refinery, which was idle in August, made a loss of N1.05bn in the third quarter while the WRPC recorded a deficit of N4.65bn in the period as it was shut down in September.

“The deprived operational performance is attributed to the KRPC and the WRPC downtime during the month under review. The ongoing revamping of the refineries will enhance capacity utilisation once completed,” the NNPC said.

The corporation said it had been adopting a Merchant Plant Refineries Business Model since January this year.

According to the NNPC, the model takes cognisance of the products’ worth and crude costs.

The corporation said the combined value of output by the three refineries (at import parity price) for September amounted to N18.41bn while the associated crude plus freight costs and operational expenses were given as N13.31bn and N8.62bn, respectively.

According to the report, the national oil firm recorded in September a trade deficit of N2.81bn, down from the previous month’s deficit of N5.74bn.

It said, “This represents 51.06 per cent or N2.93bn improvement compared to the last month’s performance. This improved performance is mainly due to revamping of Forcados export terminal which enhances the NPDC’s performance as well as slight improved performance of the downstream value chain, especially the PPMC despite high crude oil inventory and the shutdowns of the KRPC and the WRPC during the period as a result of several maintenance interventions.”