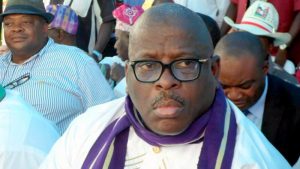 Buruji Kashamu, the senator representing Ogun East Senatorial District, who was suspended by the Peoples Democratic Party (PDP), has said his suspension might lead the party to “self-destruct and extinction.”

The National Caretaker Committee of the party had earlier on Saturday tweeted from the party’s official Twitter account (@OfficialPDPNig) that the senator would stay suspended for one month.

The party did not, however, give reasons for its action.

Mr. Kashamu, who in spite of his suspension, is currently attending the national convention in Abuja, said in a statement that the action was illegal.

“I dare say that any party or organisation that does not brook dissent and plurality of ideas and opinions is on its way to self-destruct and extinction,” he said in a statement made available to PREMIUM TIMES on Saturday.

The lawmaker explained that he got knowledge of his suspension at about 3.30 a.m. while preparing to be part of the party national convention.

He lamented that his suspension was coming on the heels of a pending appeal with a motion for injunction that had been properly entered and served on parties.

He said the suspension would not stand because of the pending suit.”

“At about 3:30 a.m. today, Saturday, the 9th of December, 2017, my attention was drawn to reports of my purported suspension for one month by an interim soon-to-be forgotten National Caretaker Committee (NCC) of our great party,” he said‎.

Mr. Kashamu said his suspension by the NCC as it prepared to leave office after the convention, showed that the battle that he and other leaders, elders and other members of the PDP had waged against impunity and illegality, and for the enthronement of democracy, due process and the rule of law had not been appreciated.

According to him, “Makarfi and his cohorts, especially Ekiti State Governor, Mr. Ayo Fayose think that they can intimidate and pocket every voice of dissent within the party. Yet, they are quick to accuse the federal government of stifling the opposition when they are the real dictators and tyrants,” he added.

“They arrogantly think that they can browbeat everyone into submission and buy over the conscience of our party leaders and delegates in continuation of their desperate bid to hold the party by the jugular in order to serve their selfish and egocentric ends.”

He called on delegates, party leaders and elders to rise up and join in the struggle to rescue the party from the vice grip of those he described as “delinquents” by electing a new and untainted leadership that will put an end to illegality, impunity, deceit and imposition.

“Today, let’s elect men and women of conscience who will truly reposition our party, restore democracy and make it the envy of all. Let’s show Nigerians that it is a new dawn and a new order in PDP,” he added.

The embattled federal lawmaker said he stood by his convictions in the struggle for the enthronement of genuine democracy, due process and respect for the country constitution.

“I remain strong and unbowed by their antics. Insha Allah, together, we shall outlive and outshine these agents of darkness.

“I thank the Almighty Allah who has brought me this far and made me a factor in the national politics of our great party, the Peoples Democratic Party (PDP).

“I wish all our respectable leaders, elders, contestants and delegates the best of luck. Long live PDP! Long live the Federal Republic of Nigeria,” he said. 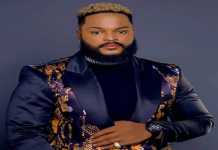