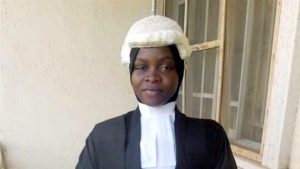 The body of Nigerian muslims, the Nigerian Supreme Council for Islamic Affairs (NSCIA), has responded to the current hijab controversy rocking the Nigerian Law School.

In a statement sent to PREMIUM TIMES on Tuesday morning, the Deputy Secretary General of the organisation, Salisu Shehu, a professor, accused the Nigerian Law School of lawlessness and Islamophobia.

The group threatened nationwide protest and a fierce legal action should the law school fail to rescind its decision not to call the affected graduate, Firdaus Amosa, to the bar.

“There is no doubt that Abdulsalam Firdaos Amosa has been victimized, humiliated and traumatised by the Nigerian Law School, the Body of Benchers and the Council for Legal Education on account of her faith,” the statement said.

“She has been denied of rightfully joining her professional colleagues just because of her religion. She has been exposed to ridicule and opprobrium by standing for her religious rights. It begs the question that she is not the only Muslim lady among those concerned as no one will stand for her when she appears before her Creator to defend the correctness and otherwise of her actions. We reiterate that she has not violated any law.

“The NSCIA demands that the Federal Government, through the Ministry of Justice, call the Council for Legal Education and the Nigerian Law School to order so that they will not stoke religious crisis in the country.

“Our Council patiently waits for what the Ministry will do as it puts other options on the table including litigation and nation-wide protests.

“Those who think they can ride roughshod on the rights of Muslims just because their co-Christian colonialists did it successfully will have to wake up and realise that Muslims are equal stakeholders in this country.”