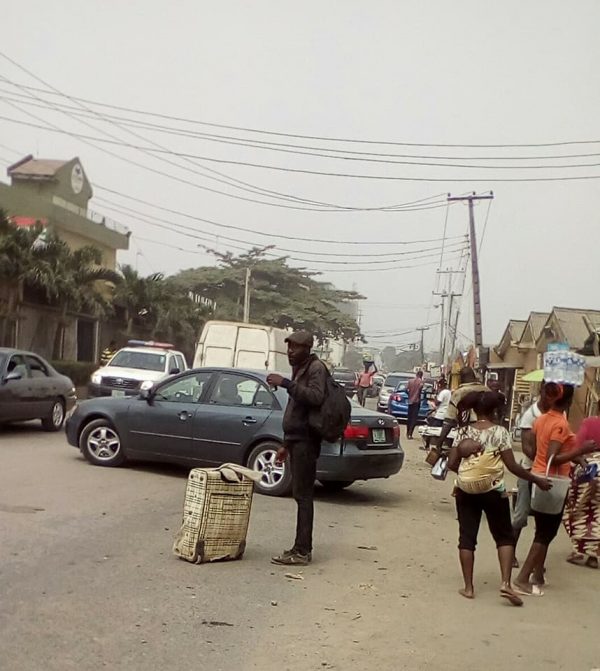 A man Chuks Samson from Ogidi Town in Anambra State was seen roaming the streets of Lagos after arriving Nigeria since 5th of December 2017 aboard Emirates Airline from London.

According to a witness, Anselm Ojietu, who met him and interviewed him, the man’s mental health deteriorated badly as he temporarily went insane – walking around with his bags after arriving the country for Christmas.Now, efforts are being made to locate his people.