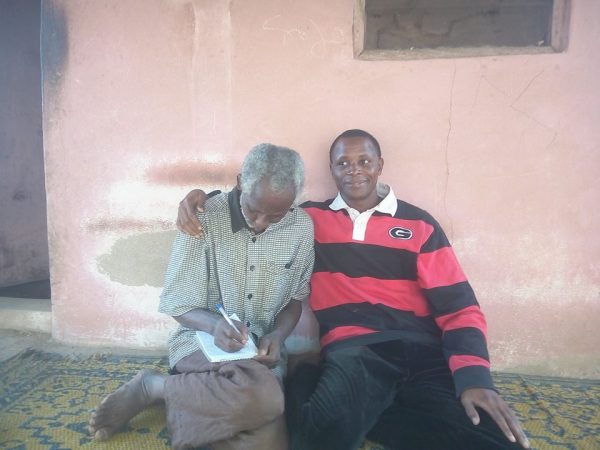 A man identified as Sulaiman Ibrahim Jalo, has shared a story of a mentally challenged man who helps students with their assignments despite his condition in a community in Adamawa state. According to the poster, the man, Muhammad Chubado who is very smart and intelligent – was bewitched by some persons which led to his insanity some years ago.

Read the full details below as shared by Sulaiman Ibrahim Jalo;

The unique fellow is patriotically contributing his vast gift of abundant knowledge and talents positively to the service of his community in particular and to the entire humanity in general;a super brilliant,super creative,super skilful, super intelligent and of course one of the super intellectual,talented genius of all times;though mentally challenged yet highly knowledgeable in the fields of high school’s science subjects of: Physics,Chemistry,Biology and Geography;highly efficient in Arabic calligraphy,literature and poetry;greatly proficient in English,Fulani and some conversational Arabic languages;excellent in high school’s Mathematics like: Arithmetic, Algebra, Trigonometry, Geometry, Statistics, Probability and some of the elementary calculus;a current affairs and Civic education guru,national and international political expert with vast knowledge of Government,History, Economics and some Diplomatic Studies.

He is indeed one of the smartest,mentally challenged,Jack of all trades and master of all who ever lived and perhaps will live at least for a generation to come;very humble,highly humorous and exceedingly super friendly,nice fellow. Popularly called Chubado Dadi or Muhammad Chubado(also known as Muhammad Chubado Mahmud) is a sexagenarian native of Bako Ward,Yola South L.G.A,Adamawa State Northeastern Nigeria. Born Muhammad Chubado Shehu(about 8 years before the Federation of Nigeria finally resisted the British colonial rules in the year, 1960)precisely in the January of 1952 to Mallam Shehu Modibbo,a petty clothing trader from Girei L.G.A. of Adamawa state and Mallama Dadi,a house wife from Malkohi,a suburban village,just few kilometers from Yola,the administrative capital of Adamawa state, Northeastern Nigeria. 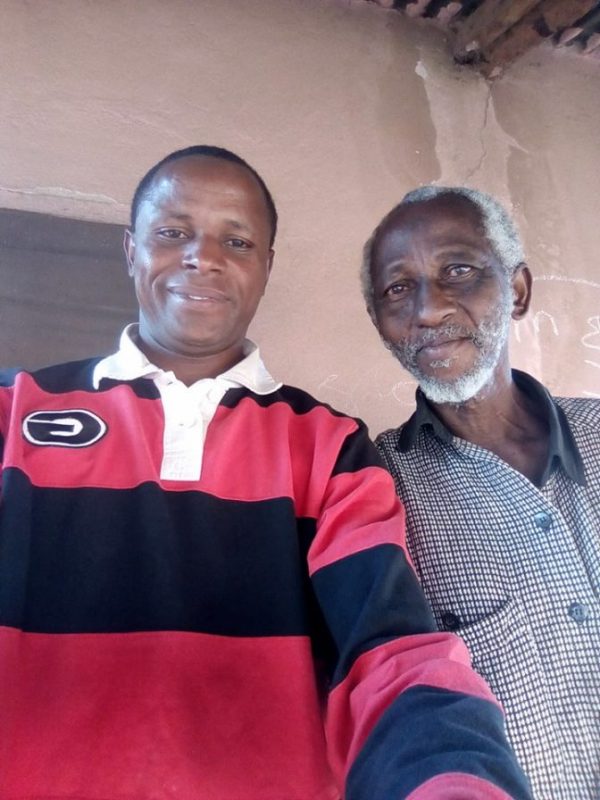 Mahmud was his guardian uncle who took care of his education and upbringing after the death of his father in 1962. He Attended Hammawa Primary School Yola for his elementary education from 1963 to 1969 and subsequently had his secondary education at General Murtala Ramat Muhammed College,the then Government Secondary School Yola, between 1970 and 1974 where he obtained his grade 3 certificate.

Later on he got employed as a library assistant with the defunct Northeastern State,stationed in Maiduguri,Borno state from 1974 to 1975 where he was later on, transferred to the Government Secondary school Yola on the same basis,he worked just for 7- 9 months when he suddenly left his work for no any other reasons(but according to some sources very close to him,he was magically charmed and bewitched by some unknown wicked individual(s),since then,he remain mentally and physically challenged and as a result of that he lost his precious sense of hearing.

The suspected wicked,unscrupulous people who bewitched him could have been so jealous of his God given,super talented intelligence and also felt highly threatened with his super amazing knowledge of many wonderful things where they casted some black magical spell in order to quench their hidden anger and inherent jealousy towards him. Despite all these challenges,the guy can read,speak and write excellently but unable to hear very well. He can communicate by writing and through speaking but can not hear.

He is currently assisting countless number of students of the community where he resides by guiding them solve some of their school’s assignments and home works with excellent guidance from his pools of endowed beneficial knowledge. I requested him just recently to write his brief autobiography of which he promptly did that excellently,here I snapped and included the manuscripts of the said autobiography for your perusal.

I marvelled and I wondered with this super creative,brilliant genius who astonishingly wrote the foolscap size,4-page papers just within 15 minutes with the speed of light. He is highly loaded with great brain,full of wisdom and knowledge that is extraordinarily super amazing. He is indeed a super brilliant genius par excellence and a right honourable gentleman.

Currently he told me,he is earnestly looking for a job of a library assistant,a teaching employment of elementary or junior secondary schools or a file attendant clerk in any organization or establishment that may require his services. Please can any spirited individual help this super brilliant,super intelligent,mentally challenged,patriotic Nigerian genius secure a job or get him employed # courtesy of Sulaiman Ibrahim Jalo…