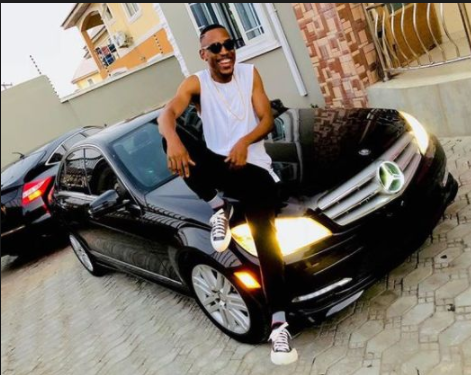 James Silas, manager to singer Mr 2Kay, has debunked claims that the singer used the money allegely paid to him by Eko Hotels to acquire his new Benz.

Recall Mr 2Kay, took to IG a few days ago to flaunt his new ride, an act that got many believing his new purchase came about from the money he got from Eko Hotel after he was robbed in one of their rooms, while waiting to perform at Tuface’s show, a couple of weeks back.

“Eko Hotel has not paid any money to Mr. 2kay; we have not even taken them to court. We intend to sue Eko Hotel but the earlier reports that we had already sued them are false, and they did not emanate from our camp. By next week, we will serve them (Eko Hotel) with a court notice.”

On Burnaboy’s involvement with the Robbery;

“Concerning Burna Boy, the case is with the police now. Burna has not made himself available to the cops. Until he does that, we do not know the next step. It is the police that usually give us all information pertaining to the case.

“The police have invited Mr. 2kay twice and he went to the station where he stated all he knew about what happened. We just want justice to be done so that any other person, who has that kind of evil intention, will think twice before carrying it out.”

On Mr. 2kay over-estimating the cost of the items that were stolen from him during the robbery. “For those saying that, I will only tell them to check Mr. 2kay’s Instagram page. A day before the robbery, he posted a picture of himself in the outfit he was robbed in. He wore the same clothes and the watch that were stolen. Mr. 2kay is into oil business. He is like a sub-contractor to NLNG in Bonny Island, where he is from. That’s where he makes most of his money from,” he added.