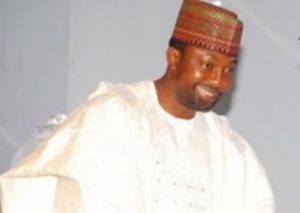 The son of Nigeria’s former military leader, Murtala Muhammed, Abba, who has been seeking to be Kano governor since 1999, has said he will not contest for any political office in 2019.

Abba, while addressing some of his supporters at the Gidauniya foundation in Kano on Sunday said, “I’m dropping my political ambition for now to concentrate on my business.”

“I have consulted widely and arrived at the conclusive stand of foregoing my political ambition for now to concentrate on my business; most specifically the Murtala Muhammed Foundation.

“I will use my Murtala Muhammed foundation to strategically help millions of Nigerians who are in dire need and I will also turn the foundation to provide its huge services to the people of Kano”.

Abba, however, said his decision does not amount to completely dropping political activities or forgetting about his supporters.

Aisha Wudil, the Woman Leader of his past governorship campaigns, said the decision may cause some of his supporters to fall sick.

“Abba, you should take good time out to truly pacify your supporters who are tense and are already having blood pressure, please do something,” she said.

Abba’s father led Nigeria after a military coup, from 1975 to February 1976 when he was assassinated.