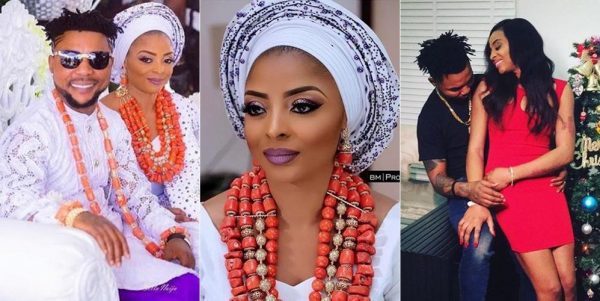 Nabila Fash, the wife of singer Oritsefemi who was called an Ikeja prostitute by a troll has just reacted to the allegation.

She took to Instagram to demand some respect from trolls who had unkind things to say about her yesterday.

Recall that the drama started when her husband, Oritsefemi, went on a long rant yesterday, throwing shade at top artistes, Wizkid and Davido over their December concerts, and claiming that his wedding drew more attention that the two concerts combined.

While many people called out the Double Wahalacrooner, some disgraceful lot chose to insult his wife by branding her an ‘ex-prostitute’.

Reacting to the insult, Nabila listed her qualifications, schooled her accusers on why it is important to quit slut-shaming woman, and then demanded some respect.“The minute we stop slut-shaming women, then we are half way in finding solutions to the problems in the world,” she said, adding, “Put some respect on my name!”

Many people have rebuked the troll for insulting the brand manager, however, a lot more are dragging Oritsefemi for filth, for putting his wife in harm’s way.