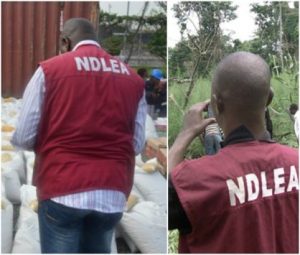 The state Commandant of the agency, Alhaji Hamza Umar, disclosed this on Friday in Kano at a news conference organised by the command in collaboration with Civil Society Organisations.

Umar said that the suspects were arraigned before the Federal High Court in the state where 165 of them were convicted to serve various prison terms.

According to him, the command also intercepted more than 17.1 tons of illicit drugs across the state, including over 344.9 grams of Cocaine and over 88.2 grams of Heroine, within the period under review.

“From January to date, we also intercepted over 5.5 tons of Canavis and over 11 tons of Rochi,” the NDLEA commandant said.

He explained that the agency counselled 282 drug users arrested with illicit drugs for their personal consumption and rehabilitated over 44 users in the state.

The Secretary of the NDLEA and CSOs, Kano Steering Committee, Mr Ibrahim Waiya, said the meeting was a follow up of the recent Senate Round Table meeting on the crisis of drug abuse in Nigeria held in Kano.

He commended the efforts of the National Assembly over their concern on the issue of drugs abuse in Nigeria, especially in the northern part of the country and Kano state in particular.

Waiya expressed optimism that the resolutions reached during the meeting would be taken serious with the aim of ending the menace.

According to him, the Kano State Government and the Kano Emirate Council are playing vital roles towards tackling the problem of drug abuse in the state and deserved commendation.