It was a family reunion for Star Wars star, John Boyega at the UK Premiere of the movie recently in London.

The 25-year-old who played favourite Finn in the film, invited his sisters Blessing and Grace, father Samon, mother Abigail, and his two nephews JJ and Ezra. 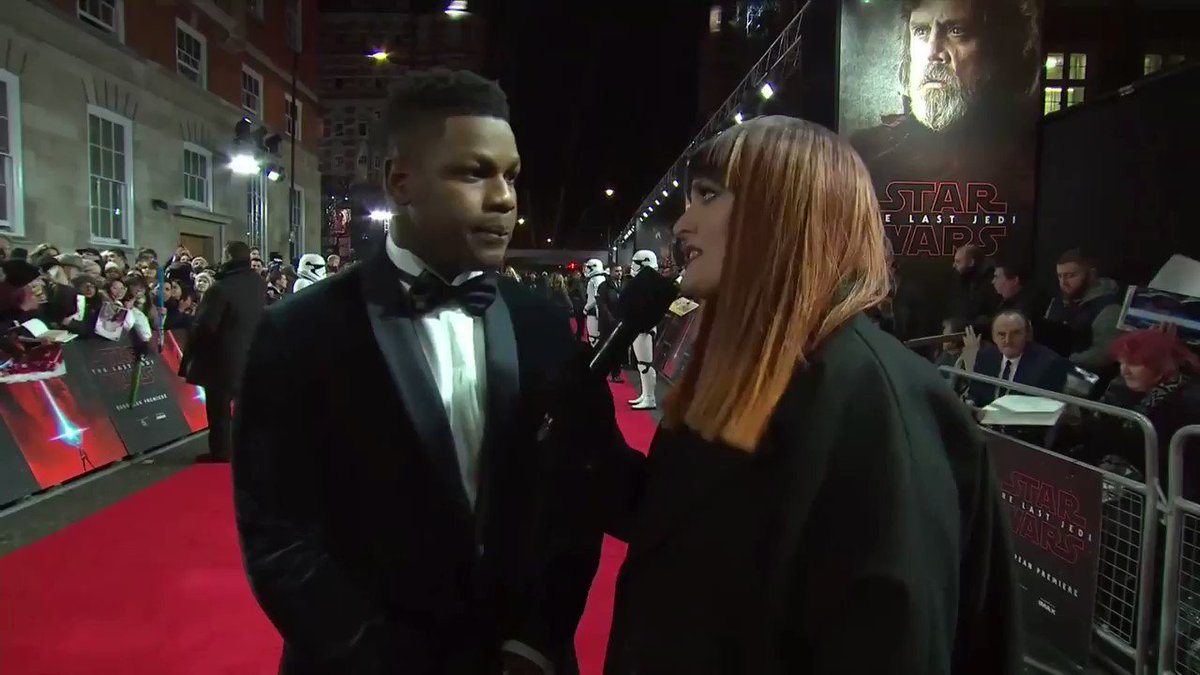 This premiere was relatively stress-free for John Boyega, who nearly missed the LA premiere when bad weather in Atlanta forced his flight to be grounded.

Boyega began acting at Theatre Peckham, a local performing arts centre in London for talented children aged 9 to 14. He spent almost every day after school at the theatre, as well as weekends.

At 16, he moved to South Thames College to study performing arts and joined the Identity School of Acting in Hackney. He enrolled at Greenwich University but as his career took off, he left to concentrate on acting.