The Nigerian senate has accused a Nigerian agency of spending as much as N368 million without proper appropriation. 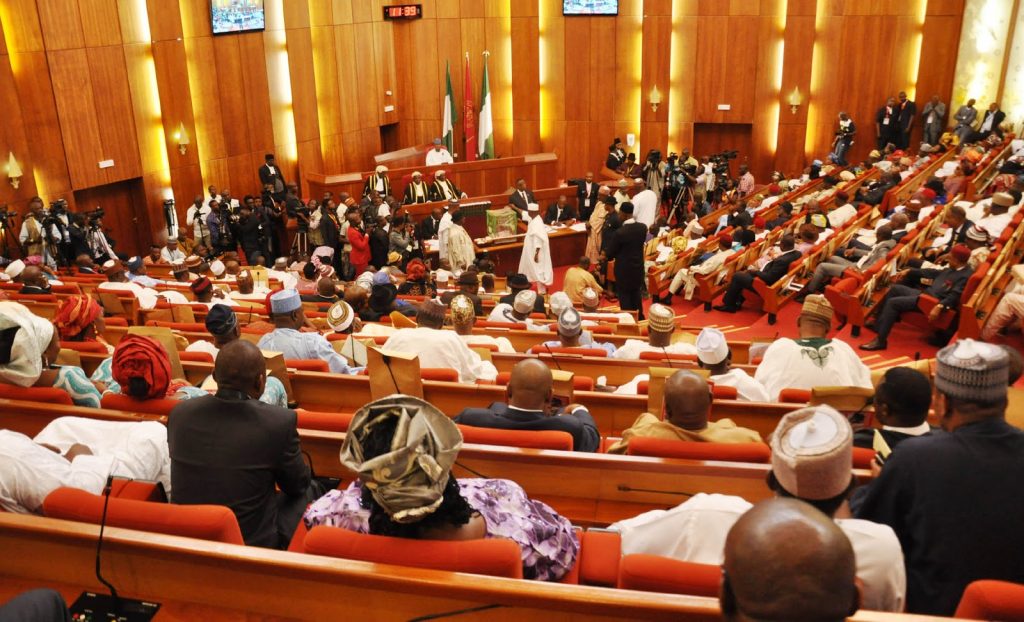 The Nigerian Nuclear Regulatory Authority, NNRA, has been given until Friday to account for N368 million (N367,811,850) it generated internally and spent in 2017.
The government agency generated N490 million up till November 2017 and allegedly spent 75 per cent of the fund – N367,811,850 – without appropriation by the National Assembly.
The agency failed to provide details of how the fund was expended.
These revelations were made on Wednesday when the management of the agency appeared before the Senate Committee on Petroleum Resources (Upstream).
The Chairman of the committee, Tayo Alasoadura, demanded that the agency explain why money initially paid into the Treasury Single Account, TSA, was withdrawn without National Assembly approval.
“In preparing this (2017 budget performance), there is no key to show why 25 per cent is ‘remitted and you did not show the balance. What did you do with the balance because it is not captured in the budget?
“I know what the law says but in preparing your budget, you should be explicit about why you remitted only 25 per cent of your IGR. Where is the balance of N367, 811, 850.”
In response, Director-General of NNRA, Dim Lawrence, said the fund was spent on recurrent expenditure of the agency.
“What we did with the balance is that we improvised. The law provides that we spend this balance in our day to day operation. That is what is used for running the office.”
The senators were however infuriated by the DG’s explanation.
A member of the committee, Andrew Uchendu, said the agency has been in the habit for years.
“If the amount being referred to was not captured in your budget performance for 2017, then how do we proceed with the project defence for 2018? If that huge sum was not accounted for, then we have not started budget defence.
“Why did you not do that before coming today? Because you are coming to budget defence and that amount of money was generated and utilised and you didn’t think it was necessary to account for it? You wanted the senate to raise the issue before you take action? Mr. Chairman, I have had so many experience with them over the years. It is not acceptable at all.”
The vice chairman of the committee, Gershom Bassey, insisted that the agency explains how the money was withdrawn from the TSA and spent.
“Any amount internally generated must have the approval of the National Assembly before you go ahead to spend. So what you have done without our approval is an infraction to the existing law. So you would have to provide this committee with what you have spent.
“This money that you have spent, were they paid into the TSA? So the N490 million was paid into the TSA. Let us have the evidence that it was done. It appears there are a number of omissions in this account. How do you explain this N367 million?”
In his submission, another member of the committee, Baba Kaka, berated the agency for presenting a poor budget performance.
“Your budget is supposed to be all encompassing. You cannot come and be telling us here cock and bull stories like we don’t know what we are doing,” he said.
The committee requested the NNRA to provide details of how the N367.8 million was spent on or before December 15 before considering the 2018 appropriation.
“I think our resolution is you provide us how you expended this N367 million for refractive approval because what you have done is against the law,” Mr. Alasoadura said.
“You cannot spend a dime without the approval of the NASS. You must also project what you will expend this year and also how you are going to spend it and present it to this committee.
“For us to review and appropriate and it would go to plenary, the one for 2018 must be done properly for transparency. We frown at this. Prepare 2018 budget with comparative analysis.”