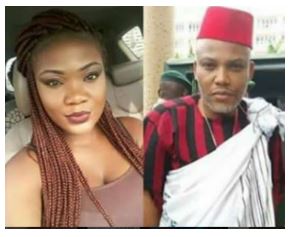 A Nigerian lady identified as Paul Ujunwa Gloria took to Facebook to claim that she spotted IPOB leader, Nnamdi Kanu at a Pizza shop in Ghana but didn’t take any photos.

Nnamdi Kanu has been out of the public eye since September 2017 after the military raided his home.

MS Ujunwa Gloria was forced to shut down her Facebook page after IPOB members attacked her on Facebook and called her a liar. Read her post below… 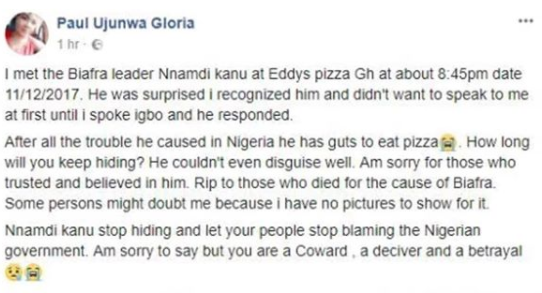