Nigerian Pastors Are In Ministry For Money – OAP | Video

Deolu
Daddy Freeze has tongue-lashed religious clerics in Nigeria over the issue of speaking in tongue and practice of extorting money from followers. 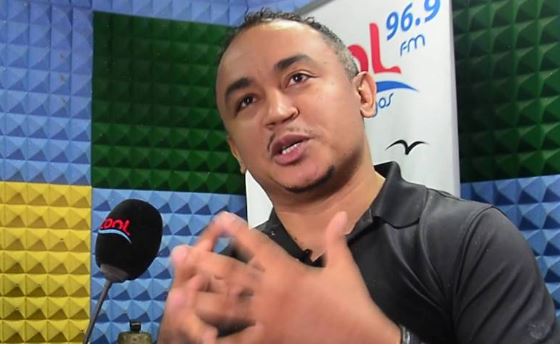 Controversial media personality, Daddy Freeze has again attacked Nigerian pastors. This time around, he said most pastors are into the work of God because of the money involved.
According to him, Nigerian pastors left their professions because they can’t earn as much unlike in the ministry .
In a video shared on Youtube, he said, “There are many fake pastors because of monetization; that pastor who cursed me is an architect, the one at BankyW’s wedding is a doctor.
“Many of them are leaving profitable field because ministry is a more profitable field.
“Monetization has made fake pastors come into two fold, it has made real pastors preach false messages.
“Every doctrine in Nigeria has been monetized, you hear pastors say this year you will find your ‘apollos’
“Apollos in the Bible was increase in word of God not referring to sowing, Matthew 13;7 this verse speaks of seed of faith not money; those that twist this to you are thieves. There’s nothing spiritual about those criticizing me, the only spirituality in them is the ability to twist your brain.
OAP Freeze also countered speaking in tongues in Nigerian Pentecostal churches, describing it as fake .
He added, “Speaking in tongues in Nigeria Pentecostal churches is fake but speaking in tongues is not fake.
“When speaking in tongues, you should speak in languages not in tongues that no one can understand.

1Cor 14:26-28; someone must interpret tongues…There is no speaking in tongues without an interpreter
“Interpretation of tongues is missing in today’s pentecostal churches , if anyone speaks in tongues one or two should speak in tongues one at a time not multitude.That is falsehood
1Cor 14:23 is what pastors used to confuse you, they tell you tongues is an unknown language which carnal mind cannot understand.
Everyone speaking in tongues in the church is false because it is a gift that everyone does not receive.
“I’m a preacher that speaks from history and bible not sentiments like others; that’s why I can’t say God told me to pay titheS like they say.
“I would tell you what God kept in bible not what God told me.”
Watch the video below: