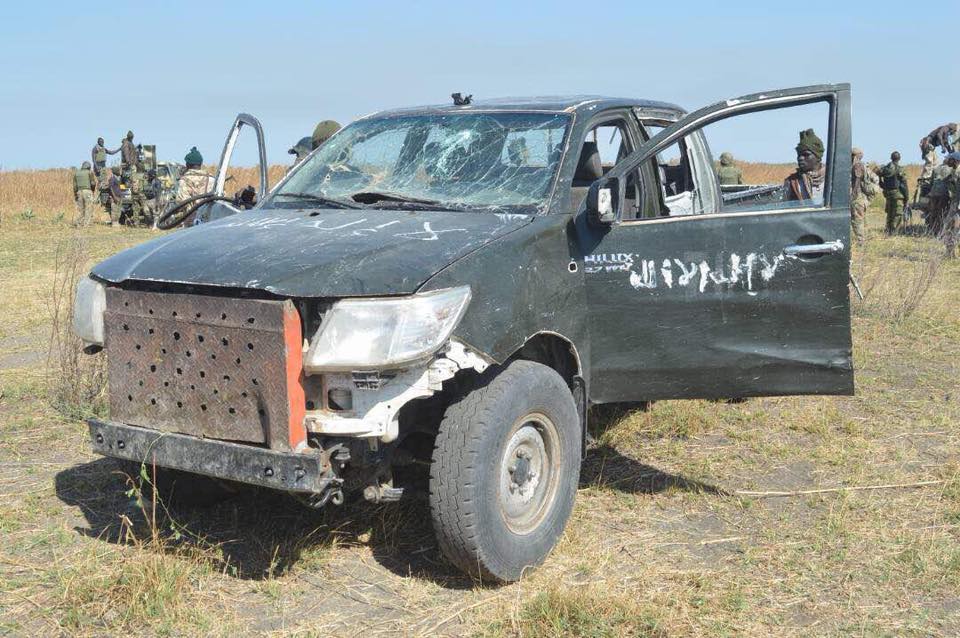 In continuation of Operation DEEP PUNCH 2, designed to smoke out Boko Haram terrorists inhabiting remote islands in Lake Chad basin lying within Nigerian territory, troops of 8 Division, Nigerian Army, on Operation LAFIYA DOLE, supported by soldiers of the Armed Forces Strike Group have inflicted heavy casualty on Boko Haram terrorists.
The operation which commenced about 2 weeks ago was proceeded by coordinated air and artillery bombardment of islands and localities occupied by terrorists, and from where they sneak into Magumeri, Kauram and other locations to loot property and attack security personnel and villagers.
So far, 20 terrorists have been killed, captured 17 others, while over 100 elderly men, women and children have been rescued. Preliminary investigation has revealed that a large number of the rescued persons were held against their will and forced to work in farms under life threatening conditions and penurious wages. More investigation and interviews will be conducted before the rescued persons are handed over for further action.
The operation which is on – going has yielded handsomely as terrorists abandon vehicles, arms and ammunition, as well as assorted equipment when troops swooped on them. The troops also recovered 1Mercedes Benz Truck,
3 Toyota Land Cruiser Gun Trucks, 5 AK-47 Riffles, 3 Fabrique Nationals (FN) Riffles, 2 G3 Riffles and 1 Pump Action Riffle. Other items include 1 Rocket Propelled Grenade (RPG) tube, 2 Bombs, 2 Very High Frequency (VHF) Radios and 1 Night Vision Goggle.
The troops also recovered 55 Rounds of 5.56 X 45mm ammunition, 5 Bangalore Torpedo, Two 120mm Mortar Bombs, 1000 Rounds of 7.62mm Ball Metal Link Ammunition, 55 Rounds of 7.62mm Ammunition and 108 Rounds of 12.7mm Ammunition with links, as well as 2 memory cards, 2 Hydraulic Jacks and a 1.5 Amph Battery.
It is heartwarming to note we have not lost any life among our troops so far. However, 6 soldiers sustained various injuries and have since been evacuated for prompt medical attention.
Please, disseminate this information to the general public.
Colonel Timothy Antigha
Deputy Director Public Relations
8 Division Nigerian Army. 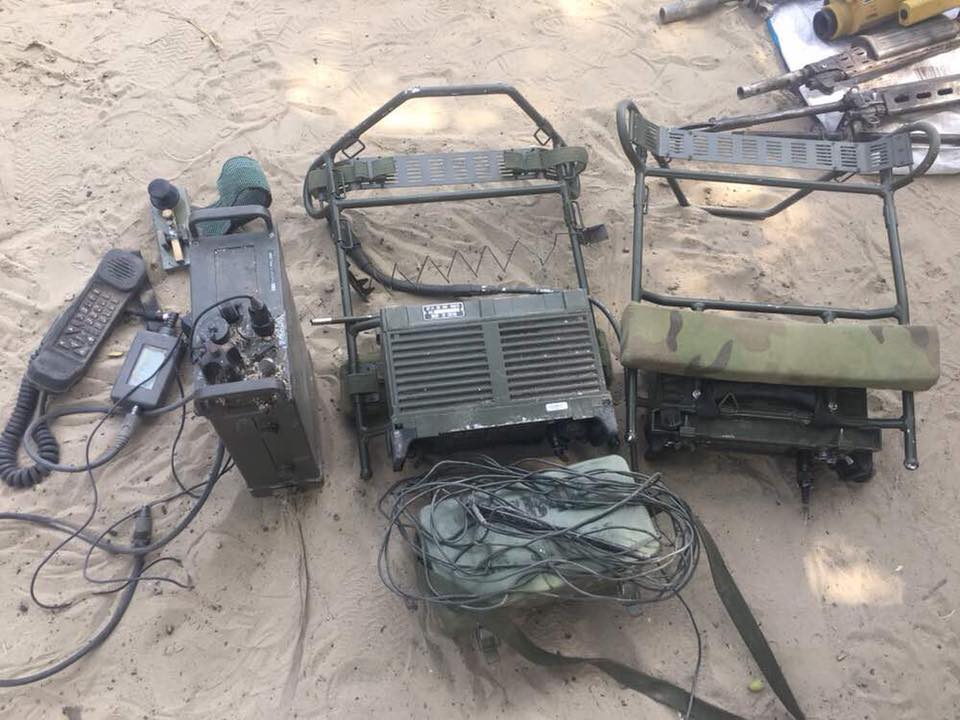 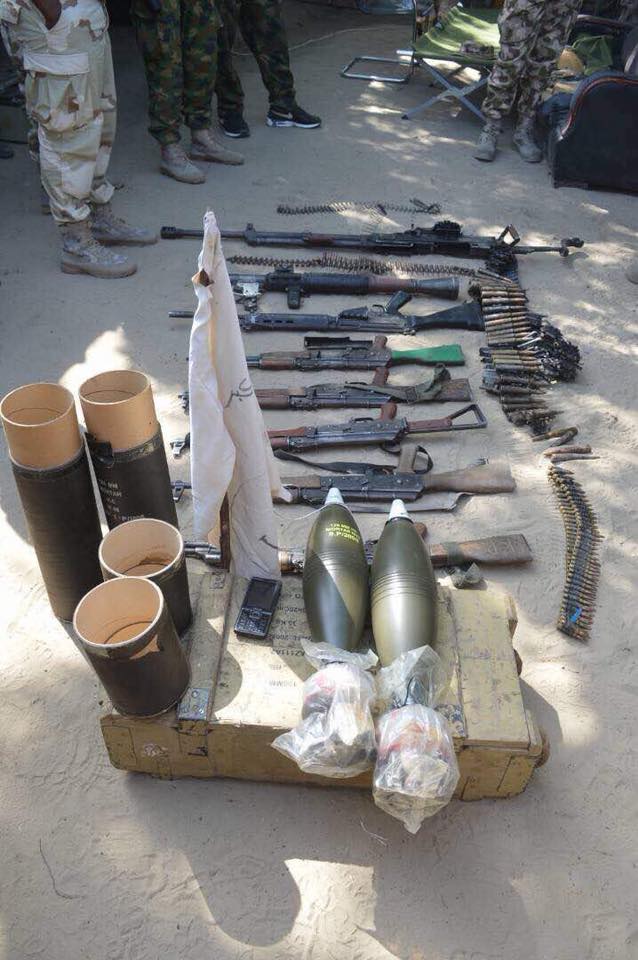 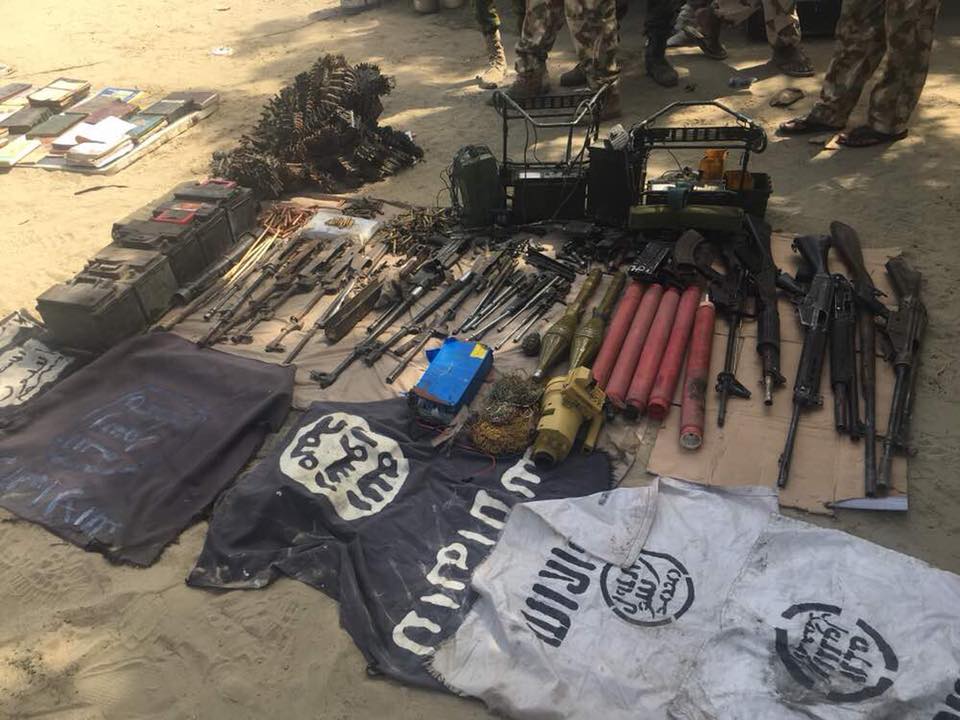 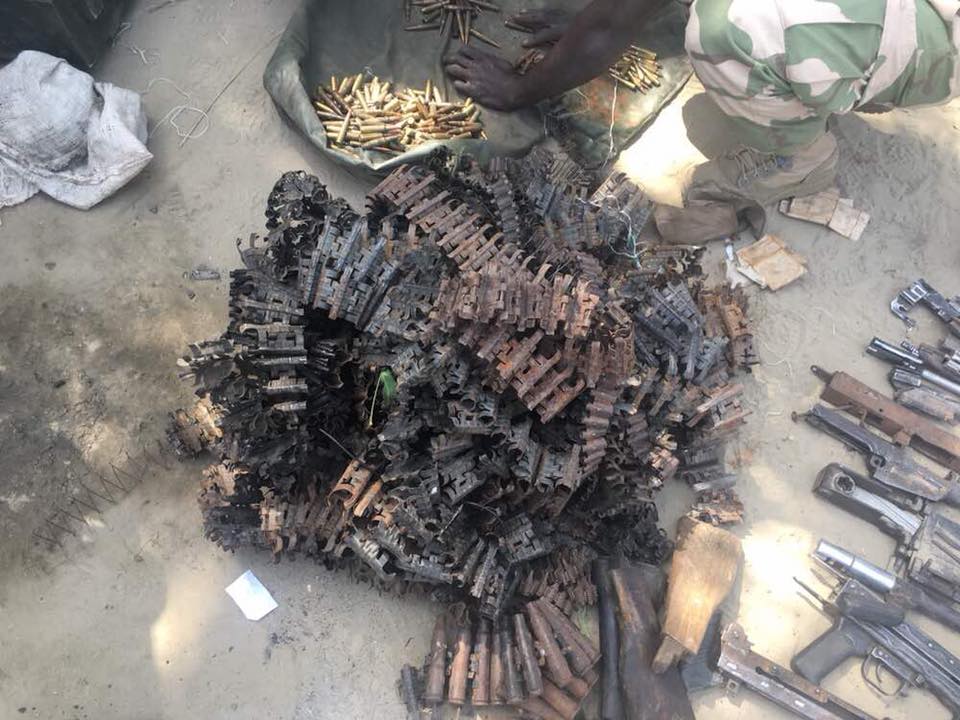