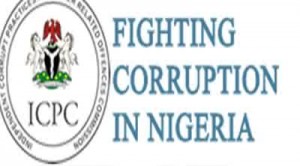 An impersonator identified as Mr. Eno has been arraigned by the Independent Corrupt Practices and Other Related Offences Commission ( ICPC) before a Federal Capital Territory High Court, Apo, Abuja for allegedly impersonating an official of the Presidency in the Office of the Chief of Staff.

The ICPC said in a statement by its spokesperson, Mrs. Rasheedat Okoduwa, that Ofem, who contested the 2015 National Assembly election and lost, was charged before Justice Valentine Ashi for duping some Nigerians of over N100m.

The accused person, who was arraigned on six counts bordering on fraud, was alleged to have promised some unsuspecting Nigerians that he could help them secure juicy appointments.

The victims were said to have paid about N100m into his bank account.

The statement read in part, “Investigations by the commission revealed that Ofem allegedly claimed to be a Special Adviser to the Chief of Staff to the President, a claim that he used to defraud citizens to the tune of N100m on the pretext that he would get them ministerial, board and other appointments.

“The monies had been deposited into his bank account on various dates from June 2016.

“The charges brought against the defendant indicated that his actions contravened sections 324 and 322 of the Penal Code Act and Cap 352 Vol. 4 LFN 2004.” The accused, who pleaded not guilty to the charges levelled against him, applied for bail through his lawyer, Mr. Edidion Osungurua, but was denied by the court.

The ICPC prosecution team, led by Mr. Elijah Akaakohol, did not oppose the application but asked for stringent conditions to be attached to the bail.

In his ruling, Justice Ashi remanded the defendant in prison custody until January 16, 2018, when hearing in the case would commence.