Home News Feed NSCDC, Police Addresses Nigerians Over The Use Of Fireworks During This Festivitie...
Facebook
Twitter
WhatsApp
An NSCDC commandant has said that officers of the corps are ready to provide adequate security to lives and property throughout the Yuletide and addressed Nigerians on the use of fireworks. 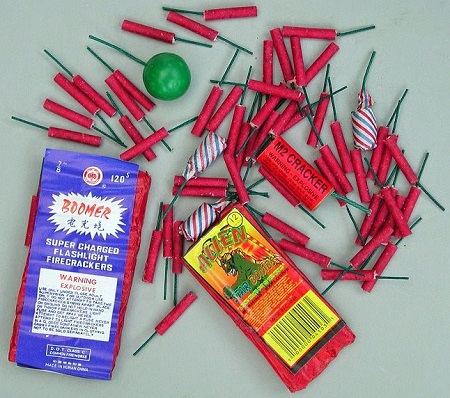 The Nigeria Security and Civil Defence Corps (NSCDC) in Bayelsa on Friday, warned the residents of the state to desist from the use of fireworks during the Yuletide because of the danger they tend to pose to the environment.
The Corps Commandant in the state, Mr Godwin Nwachukwu, told the News Agency of Nigeria (NAN) in Yenagoa that this includes `knock-outs’.
“On the use of fireworks, there is the need to educate the people on the dangerous nature of such devices; we, therefore, call on the general public to steer clear of using the device.
“The fireworks, which include knock-out, is very dangerous to the environment; I must note that the corps will develop a system to checkmate its use and other criminal activities inherent in it,” the commandant said.
Nwachukwu said that the corps men and officers were ready to provide adequate security to lives and property throughout the Yuletide.
He said the command had planned to deploy its personnel to secure critical infrastructure not only in Bayelsa but across the Niger-Delta region.
“For the Christmas activities, we are stepping up plans; we are going to deploy personnel to strategic areas like fun centres in the state in order to ensure maximum peace and tranquility.
“We are going to deploy the officers effectively so that every form of criminality, especially during the festival, will be nipped in the bud.
“There are intelligence officers that will be on alert alongside other security agencies in the state; some of them will be on patrol along the major streets and towns as part of measures to enhance security.”
Meanwhile, the Anambra state police command has warned the public against the use of knockouts, crackers and other forms of fireworks during the yuletide, saying they pose security threats to the lives of the citizens of the state.
In a statement signed by the acting Police Public Relations Officer in the state, Haruna Mohammed, the command said the law governing the sales, purchase and use of all forms of fireworks was still in full force.
It advised parents and guardians to warn their children to desist from buying such fireworks during the festive period.
“The use of knock outs, fire crackers and other forms of fireworks in the area constitute a serious security risk capable of misleading the security personnel from identifying robbery gunshots as well as engender fear in the minds of the peace loving citizens,” the statement said.