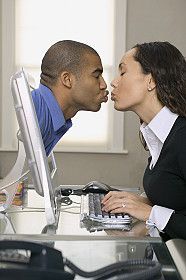 The dating scene is one of the most diversified aspects of anyone’s life. Like an android app, it is constantly updating; weather daily or monthly. more and more people are finding it difficult to find true love hence, the use of dating apps. the major users are the women as against the male gender. apparently, there are other reasons why people these dating sites; there’s the thrill of getting attention from the other or even the same gender, for some; emboldening that someone finds the user attractive enough to reach out,  for fun, to simply look for sex, some others want more meaningful relationships.

I for one never actually thought that dating apps are used in a country like Nigeria. But shockingly for me,  it is very much used in Nigeria. dating sites like; badoo, tinder, friendite etc. have very active users. Love can be found anywhere at anytime and in as much as there are many people (mostly youngsters) who use there apps;  one still needs to careful. New research warns that these apps are vulnerable to hacks, putting the users at risk of getting their locations and real names revealed. And we don’t want issues with stalkers and the likes. People share information with others too easily when they are dating online, with a quarter admitting they share their full name publicly on their dating profile. The experts studied popular mobile online dating apps and identified the main threats for users. The researchers discovered that thee apps they investigated allow potential criminals to figure out who is hiding behind a nickname based on data provided by users themselves. Using this information, it is possible to find their social media accounts and discover their real names.