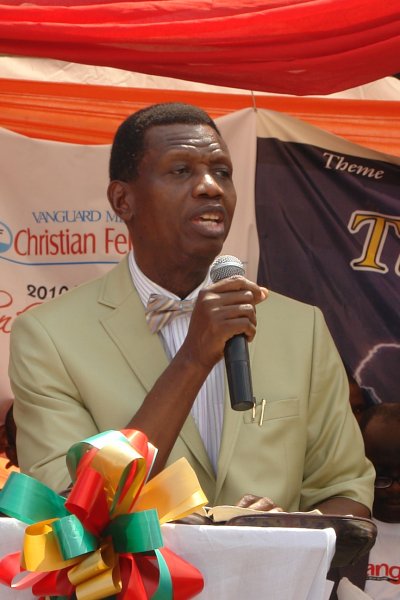 Pastor Enoch Adeboye‎, general overseer of the Redeemed Christian Church of God (RCCG) was ambushed during an early morning prayer walk on Wednesday, according to Premium Times.
The story, narrated by him on Wednesday night, was one of the many highlights of the third day of Congress, holding at the Redemption Camp of the church, along the Lagos-Ibadan Expressway.
According to the pastor, he was trying to look for a quiet place in the Camp, which is fast becoming a big town, at about 4am, when some people ambushed him for blessing.
The high demand for meeting the pastor‎ has often denied him privacy.
“If you see a man of over 75 years old walking alone at night, you must know that he is doing that on a purpose, but the people won’t let me,” he recounted. “I tried to veer along a path into the bush, and was relieved to be alone to pray, but they traced me there.”
He said finally, he was able to be alone with God, who assured him during the Wednesday programme every yoke of bondage would be broken.
He did not explain how he was able to free himself from the people who were following him, but the deliverance service later that day and early Thursday, was attended by millions of people.
Another major highlight of the day was the demographics of attendance, which confirmed the spread of the church around the world – now in 196 countries- and the popularity of the Congress.
There were delegates from several African countries and many representatives from the Europe and the Americas.
The congregation shouted with joy when representatives from countries like Mongolia, Macao, Bangladesh, Thailand, Bahrain, and Peru were announced.
So also was the congregation excited by the recognition and praises of RCCG by some of the foreign delegates and representatives.