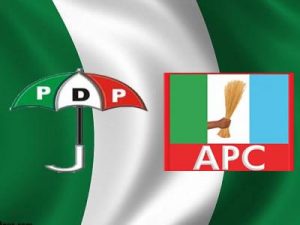 Another member of the House of Representatives from Imo State, Nnanna Igbokwe, has defected from the People’s Democratic Party, PDP, for the ruling All Progressives Congress, APC.

In a letter read by Speaker, Yakubu Dogara, at plenary on Tuesday, Mr. Igbokwe who represents Ahiazu Mbaise/Ezinihitte, cited division in his former party as his reason for defection.

He said he joined the APC in January 2017 before the Supreme Court decided on the leadership tussle between the then caretaker committee chairman, Ahmed Makarfi and Ali Modu-Sheriff.

Mr. Igbokwe said he stopped attending PDP functions both in his home state and the National Assembly since January when he registered with the APC.

Present in the chamber to receive him was the Governor of Imo State, Rochas Okorocha.

In a swift reaction, the deputy minority whip, Binta Bello, objected, saying there was no division in the PDP since the Supreme Court had decided on the leadership tussle. She urged the speaker to declare his seat vacant.

Ossai Ossai also brought the attention of the House of the Supreme Court ruling that solved the crisis of the PDP.

He cited section 68(1)g where a member would vacate his seat when he decides to leave the party which sponsored him without any division.

But Speaker Dogara in his ruling said he can only declare a seat vacant when the majority of the House agrees.

PREMIUM TIMES had exclusively reported that three more members of the PDP were likely ditching the party for the APC.

The three members include Nnanna Igbokwe who just defected, Johnson Agbonayinma, and Ben Nwankwo who had already declared for the All Progressives Grand Alliance, APGA, in Anambra State.

PDP had lost five of its lawmakers in the House to other political parties in 2017 alone.

The defection of Mr. Igbokwe brings the total number to six.