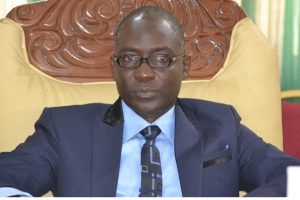 The gubernatorial flag bearer of the Peoples Democratic Party,Ekiti State Prof. Kolapo Olusola, has said that the All Progressives Congress, despite being the ruling party at the federal level, will be deflates hands down during the 2018 election in the state.

Olusola, who said the PDP was the preferred choice of the people of Ekiti, added that he was more qualified to succeed Governor Ayodele Fayose than all others contesting the position.

A statement by the Director of Publicity and Strategy of Olusola’s campaign organisation, Mr. Kamil Ishola, quoted the deputy governor as saying, “I was amused when some people were quoted as saying that I was politically inexperienced. What experience can they, who haven’t even been on this seat as deputy governor, lay claim to that I don’t have?

“I am better and more competent than any of the aspirants jostling for the coveted seat. I’m a builder by profession. I am the only man that can continue the good works started by Ayo Fayose.

“The support given to me by the governor and stakeholders in Ekiti has not ruled out the primaries where I will face other aspirants and I am very confident of not only defeating them to clinch the party’s ticket, but also lead the PDP to defeat the APC in the 2018 governorship election.”