A picture of Mo Abudu at the premiere of the concluding part of the blockbuster comedy movie, ‘The Wedding Party’ has left her fans divided on social media.

Mo Abudu wore the above expensive outfit to the premiere of the part 2 of The Wedding Party movie in Lagos State yesterday.

While some Nigerians admired and applauded her looks coupled with her superlative fashion sense, some were quick to spot her ‘multi-coloured’ legs which they described as a sign of skin bleaching.

This elicited a big argument on Instagram with many of her fans left distraught. 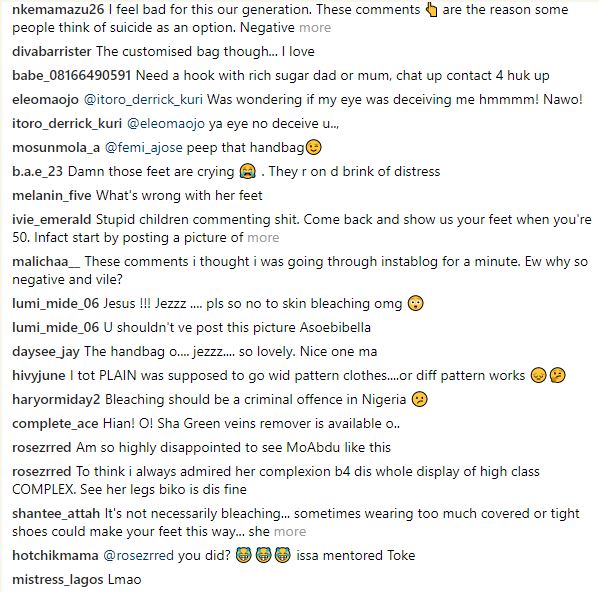