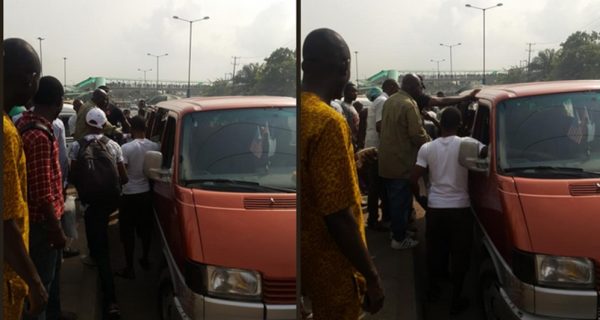 According to online reports, there was pandemonium in the Ojodu Berger area of Lagos state after police officers arrested some operatives of the Special Anti-Robbery Squad (SARS).

It was gathered that one of the SARS operatives took to his heels with his gun to evade the arrest.

Happening now at Berger. Men of SARS being arrested by some policemen. One of the SARS men ran with his gun to take cover (couldn’t capture that) #EndSARS @segalink @Omojuwa @Ayourb

According to conversation at the incident, the SARS men have turned the Berger junction to a bank, collecting money & harass good looking guys either walking or in a car.