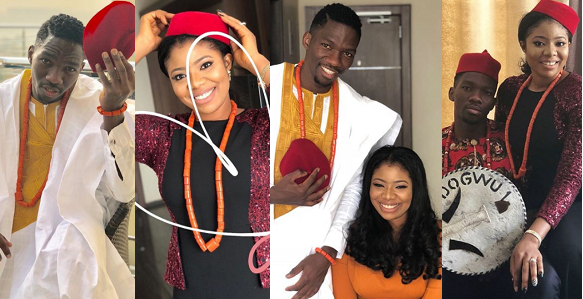 Super Eagles player, Kenneth Omeruo, will be getting married to his fiancee, Chioma Nnamani, in Enugu state tomorrow, December 30th.

The professional footballer, who is a Chelsea defender but currently on loan at Turkish club Kasimpasa, proposed to Chioma in September.

He took to social media to share their pre-wedding photos as well as photos from their introduction.