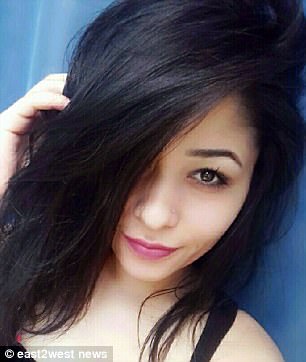 Pictures of the woman who was brutally stabbed to death in a shop after refusing to marry her boyfriend have emerged.

According to Dailymail, the woman identified as Shaknoza Abdikayumova, 23, was stabbed 17 times by her boyfriend Ali Kulbaev, 26, before he turned the knife on himself but failed to commit suicide in Ufa, Russia.

Before the attack he posted on his social media: ‘It’s enough that Allah knows good deeds from sins.’ In another message he wrote: ‘There is no way back, only forwards.’

Kulbaev, from Uzbekistan, is today in intensive care and is expected to survive, facing murder charges for killing the woman who refused to wed him.

It has emerged that the pair had been chatting on the internet for a year before he visited her in Ufa one month ago.

He ‘fell in love’ and soon started pestering her for marriage. 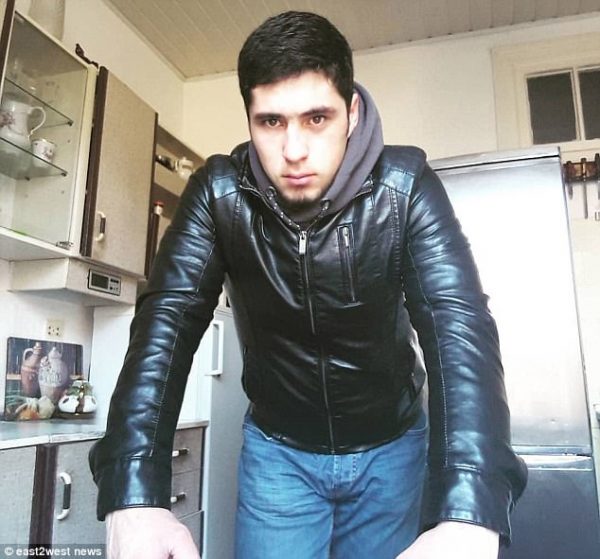 When she died, the woman had run into the shop where she worked for protection, after he gave her flowers but demanded she agree to marry him.
She screamed ‘Help!’ to her work colleagues but he shouted: ‘If I can’t have you, no-one else will.’

He took out a knife and stabbed her multiple times, before plunging it into his own chest and abdomen.

A saleswoman from the shop said: ‘We are still in shock. ‘What has happened here was a nightmare. It was terrible, he began to knife her and then stab himself. A policeman said she died on the spot.’ 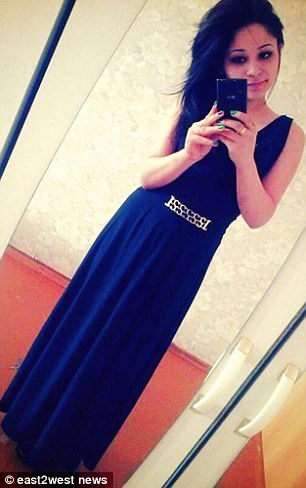 Shocking images from the scene show the woman’s body and the man, drenched in blood, writing on the floor in agony.

A shopper who filmed the aftermath said: ‘He just entered the shop. This scum was going to flee, I held him.’ He asked the killer: ‘Did you do anything to yourself? Or not? Did you stab yourself?’

A woman believed to be the dead woman’s mother said ‘he’s a convict’ as the man begged the bystanders: ‘Finish me off.’ 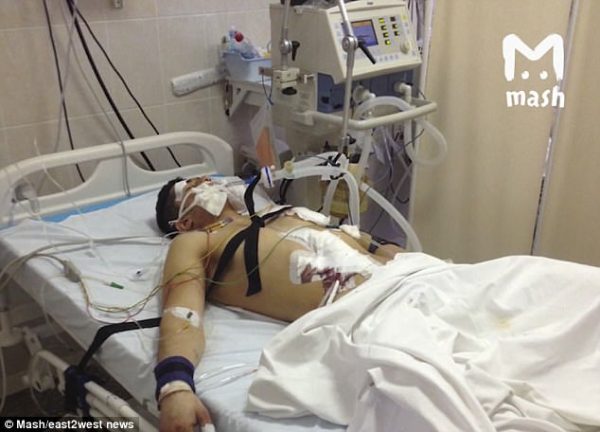 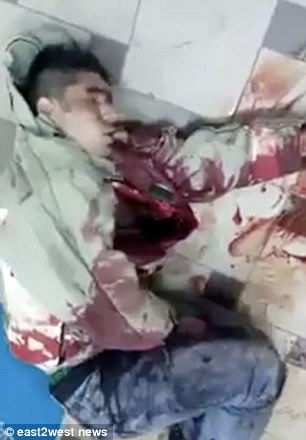