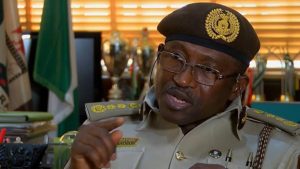 The Nigeria Immigration Service and the Nigeria Prisons Service have denied an allegation of N12.6bn fraud purportedly made in a 2015 audit report by the Auditor-General of the Federation.

The Comptroller-General of Immigration, Muhammad Babandede, in a statement in Abuja on Saturday, said all the issues raised in the report concerning the service had been responded to in a submission to the AGF.

He explained that though the report covered the period of his predecessor in 2015, it was his duty to address all issues relating to the NIS.

Babandede said, “The AGF, if not satisfied, will forward same to the Public Accounts Committee of the National Assembly that will, in turn, carry out their oversight duties in that regard.”

The NPS, in a statement by its spokesman, Francis Enobore, said, “The present leadership maintains an unrelenting commitment to transparency and accountability in its plan to place the prisons on a higher pedestal and therefore solicits genuine support from well-meaning individuals to achieve this goal.”