A young woman who was desirous of marrying a rich man who proposed to her has landed in deep trouble after burying her baby alive just so she can appear single. 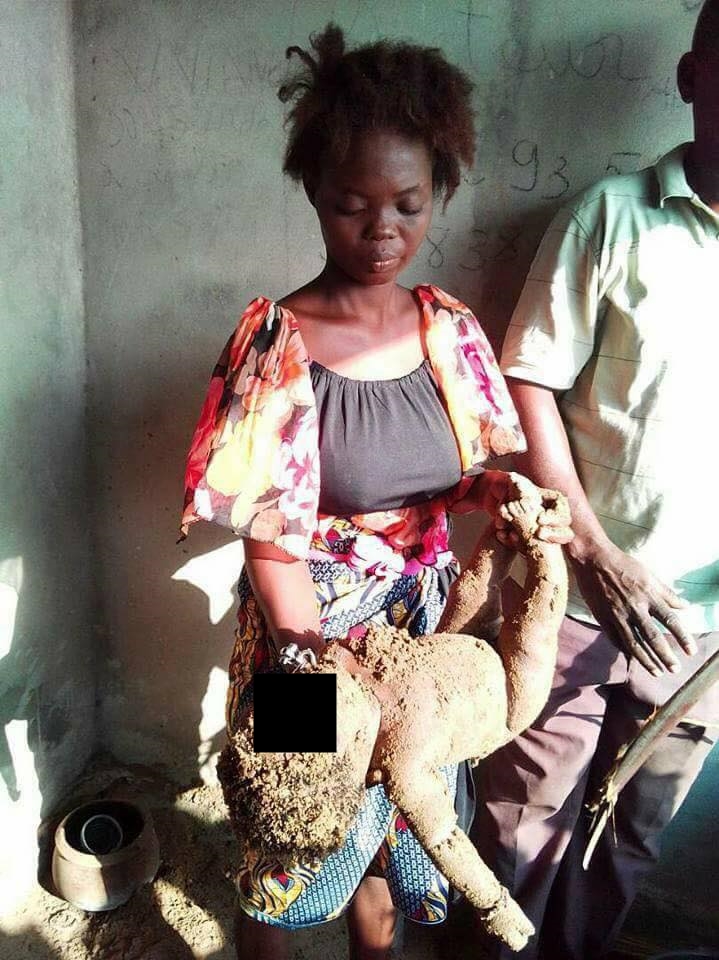 People have been left in a state of shock after a woman who wanted to marry a rich man buried her baby alive. It was gathered that the rich man proposed to her, and as a pre-condition for marriage, she was supposed to be single.
Realizing that her baby would be a great impediment to her marrying the rich man, the woman buried her 3 month-old baby alive and claimed to be single. But, luck ran out on her after her evil plot was exposed. She took people to the place where she buried her baby and exhumed the dead child.
According to Song Charger who shared the story on social media, the sad incident happened in Agbavi, Togo. 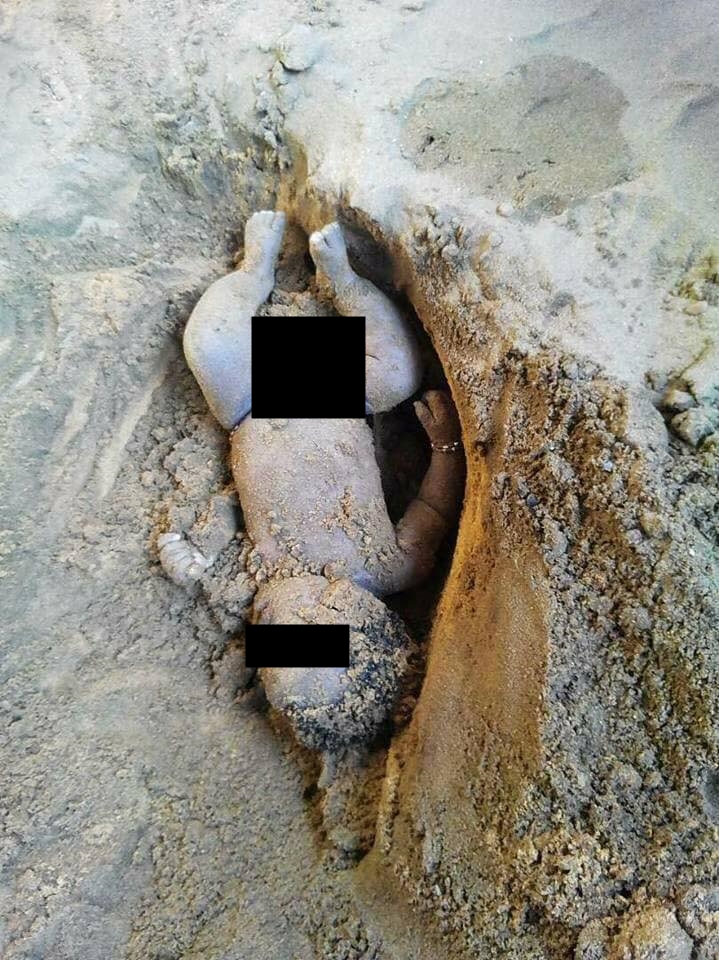 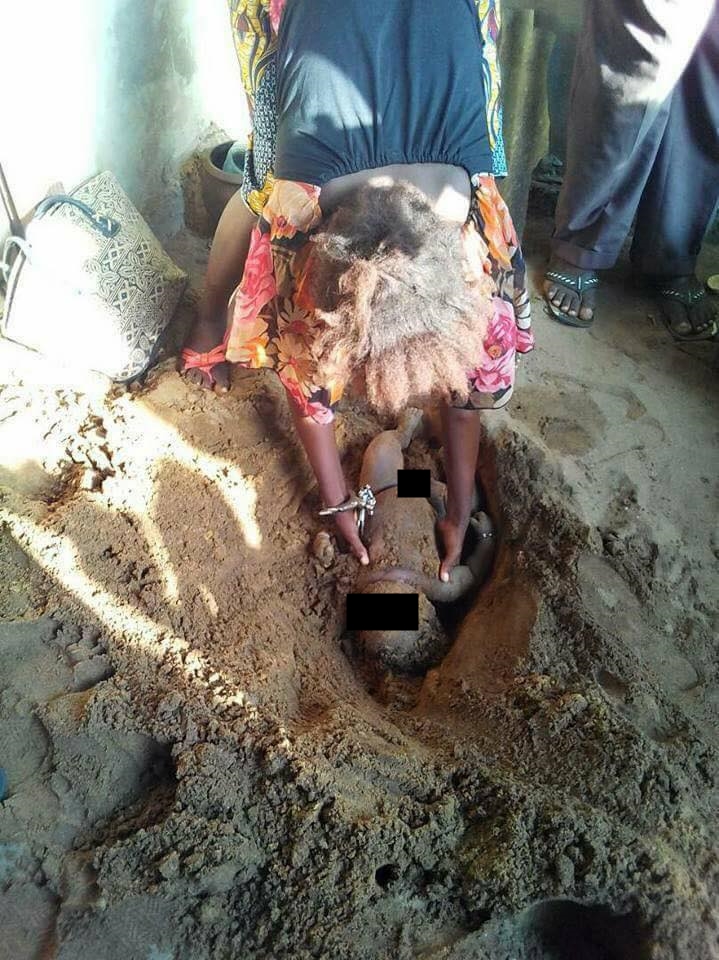 Narrating what happened, Charger wrote: “A single mother buried her 3 months old baby after she met a rich man who promised to marry her. In order to save her relationship.. she decided to play single by getting rid of the child by burying the child alive while the child was asleep.”
The sad incident has left many people baffled how a mother who carried her child 9 months would resort to such devilish deed. The incident happened in a African country.