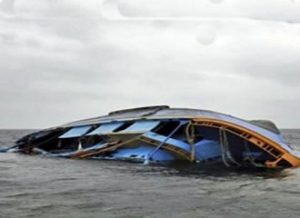 It was a sad day for parents of a new born baby who drowned, few minutes after it was delivered in a canoe on River Kaduna, through the village of Kwata and Wushishi town, headquarters of Wushishi Local Government Area in Niger state.

The incident occurred around 2 a.m. last Tuesday, when the baby’s mother was being taken across the river to Wushishi town to access maternal healthcare at the Primary Healthcare Center in the town.

It was learnt that the woman, who was accompanied by her husband and his younger brother, went into labour and delivered the baby in the canoe midway into the journey.

Seeing that his wife had already safely delivered, the husband of the woman asked the canoe operator to turn back the boat.

Tragedy, however, struck when strong tides made it impossible for the canoe operator to manoeuvre the canoe back to base.

His efforts were further hampered by a motorcycle which was being conveyed in the canoe which made it eventually lose balance and capsize.

An eyewitness said the newly born baby and its uncle died.

The couple were however, rescued by an unidentified fisherman. They are presently receiving medical attention in Wushishi.

The bodies were yet to be recovered as at the time of publishing the story.

The village head of Kwata, who spoke through his son, Mohammed Chadu, confirmed the incident and expressed regret.

He said the tragedy could have been averted if safety jackets were provided and maritime laws enforced by the government.

The government of Niger state recently announced it would set up a safety agency to monitor and regulate water transportation following a series of boat mishaps that occurred across the state.