Deolu
Some members of the Special Anti-Robbery Squad in Lagos were reportedly nabbed while allegedly harassing a man by their area commander. 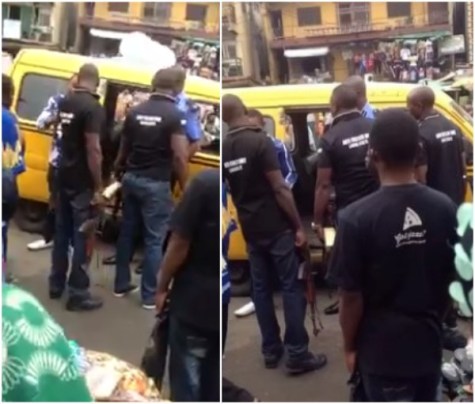 A Nigerian man by name Kenny with the Twitter handle @__Stunner411 has shared a video reportedly showing some men alleged to be members of the Special Anti-Robbery Squad unit (SARS) who were nabbed by their area commander while harrassing a young man in Mushin area of Lagos state.
He wrote: “Proud of you MUSHIN AREA COMMANDER ZONE D ðŸ‘�ðŸ‘�
Some sars Men just got arrested by their area commander who was driving by when he saw his SARS men on illegal duty harassing a young man who was just coming back from church. #EndSars #EndSarsBrutality #EndSARS.”
The call for SARS to be disbanded has continued to rage as Nigerians recount horrifying experiences they suffered in the hands of the officers.

Some sars Men just got arrested by their area commander who was driving by when he saw his SARS men on illegal duty harassing a young man who was just coming back from church. #EndSars #EndSarsBrutality #EndSARS pic.twitter.com/YrZCWlFU8C