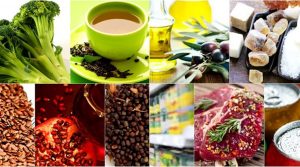 With deadly diseases like cancer ever present in our world today, more researches take place often so as to know the “what and what-nots” of how to avoid this diseases. From the diet plans to the exercises and the “what-have-you” made available to us, many still fall victim to cancer. Luckily, there are treatments. And these treatments have side effects.

Researchers say that Soy foods like soy milk, tofu and vegetables such as cabbages and broccoli may help reduce the common side effects of treatment that breast cancer survivors usually have. Why?  Researchers say treatments designed to prevent breast cancer recurrence often prevent the body’s production and use of oestrogen; the hormone that energies breast cancer growth. As a result of this, such patients have night sweats, among other side effects that occur mostly in menopause. According to the findings by Georgetown University researchers, these vegetables and soy based foods are linked to little or no menopausal problems. For example; the intake of soy based foods in large quantities bring little or no fatigue as well as dietary habits (loss of appetite or increase in appetite). In a bid to find out if it was palpable, a research was carried out which included 173 non-Hispanic white and 192 Chinese Americans. The women who consumed more vegetables and soy foods report that other problems like; joint problems, hair thinning/loss and memory loss (temporary and permanent) are also absent.

Thus, until more study is conducted, breast cancer patients should not suddenly start eating soy, if they have not consumed it before, the researchers warned.