For far too long, TECNO Mobile has been in the business of bettering the lives of not just its fans but also that of the people in its community. Time after time, they have put their big heart on display, rewarding people with mouthwatering prizes for little or no commitment. This year, the brand successfully released a series of cutting-edge devices with focus on smartphone photography, functionality and design – one of which is the fast selling TECNO Spark, the latest entrant in their products line. Not to mention the Phantom 8 with its amazing super zoom and dual cameras capability. 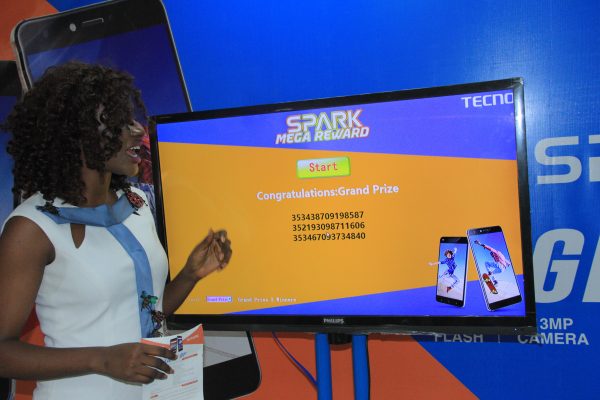 After rewarding four people with the sum of 1-million Naira each in September to help grow their businesses, TECNO Mobile mapped out the month of November from the 1st to 30th for an incredible Spark mega reward bonanza. Meaning if you bought the TECNO Spark smartphone in November, you stand a chance of winning big in the Final draw that was broadcast live on TECNO official Facebook page on the 5th of December, 2017.

One of the grand prize winners, Hammed Opeyemi who was contacted on the live draw couldn’t hold back his excitement after being told he had emerged winner of one the LG Fridges. Other winners of the big LG Fridge include Miss Funmi who bought the device in Lagos and Lucano Anato who bought the Spark phone in Lekki.

It was indeed a mega draw as 10 people won a 55-inch colour TV each, 20 people won a washing machine each, 200 people were rewarded with N10,000 each and 1000 people went home with an electric kettle each.

So guys, if you bought the TECNO Spark in November, and you didn’t watch the live draw on Facebook, you can check out the winning IMEI Number here. IMEI Number can be found when you remove the back cover of the Spark smartphone. 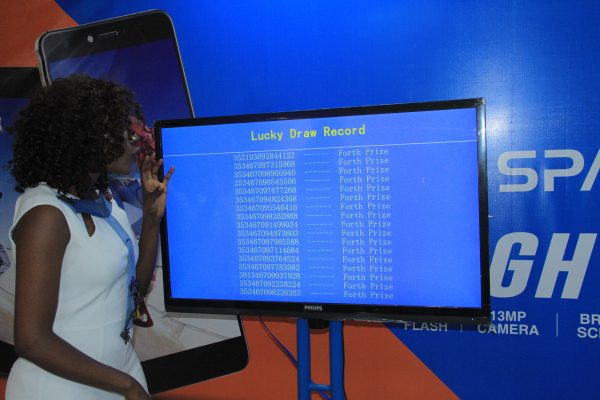 Interestingly, while we cannot authoritatively say this will be the last give away from the brand this year considering that Christmas is still few weeks away however, we can say emphatically that successful brands are not only defined by the size of the market they control but also by how impactful their presence in such markets have been to the consumers – something TECNO thrives in and keeps setting the standard for other brands to emulate.