As much as 2017 has been exciting and wonderful, there is so much we are thankful for weather individually and collectively as a nation. Still we cannot end the year 2017 without honoring the veterans in the Nollywood entertainment industry who started the year with us but unfortunately, didn’t end it. These stars may be no more but their legacies live on. Here, we remembers the various Nollywood acts lost to the cold arms of death in 2017; 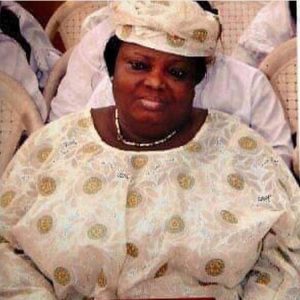 the Yoruba actress who died  on January 2, 2017. Mother of three and married 37 years to a fellow actor; Solomon Majekodunmi (Baba Kekere). A delight to watch especially in the Yoruba movie. 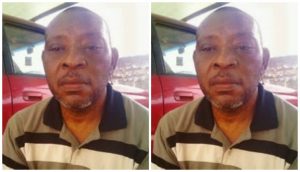 Having been ill for eight years, the  veteran Nollywood actor, battled with diabetes and kidney ailment and finally died on March 8. He passed on in an ambulance while on the way to undergo dialysis two days to his scheduled trip to India for a kidney transplant and eye surgery. He will best be remembered in movies like; Igodo, Coronation, Lost Kingdom and The Councillor. 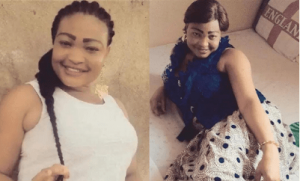 Popularly known as Oyinbo, this fast-rising  Nollywood actress died on April 5 during child birth. Her baby survived. She played a prominent role in Segun Ogungbe’s blockbuster movie, Ibi Giga, among other movies. 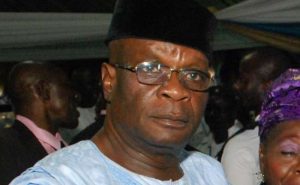 Bakare, 65,  died on April 22 after a failed battle with a heart and lung disease. Bakare was sick for over a year and reports say aside from suffering low blood flow into the heart, there were also indications of a lung-related disease. Earlier in the year, he suffered cardiac arrest and was rushed to the emergency unit of University College Hospital where he was placed in intensive care. He was famous for his role as Chief Koko in the rested TV series, Koko Close and the likes. he will be sorely missed. 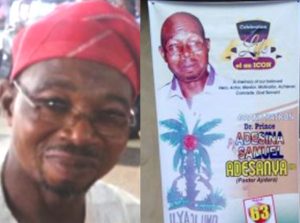 popularly called Pastor Ajidara, died on May 7. Mr. Ajidara, 62, died of kidney failure. His family had called for financial support of N12 million from the public, following his doctor’s recommendation that he would need a kidney transplant to survive. This was a few days to his death. Until his death, Mr. Adesanya was the Governor of Ogun State Chapter of Theatre Art and Movie Producers Association of Nigeria, TAMPAN. 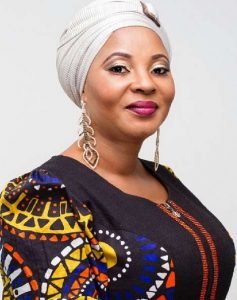 .The 42-year-old star actress who is the daughter of legendary Nigerian highlife maestro, Victor Olaiya and Popular Yoruba movie actress,  passed on in Canada barely two months after she welcomed her child on May 17 after she reportedly suffered a cardiac arrest. Her death came as a rude shock because her last post on Instagram was less than 24 hours. She is best known for her roles in films such as No Pains No Gains, in which she played Ireti, Sade Blade (2005), Nkan adun (2008) and Omo Iya Meta Leyi (2009). She also starred in the Agunbaniro. 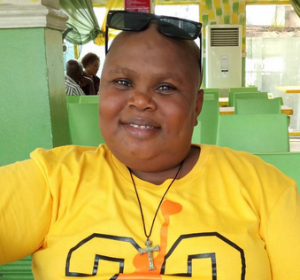 Comic actor,  popularly known as Main Bossman, passed away in September. The “Men of Wisdom” actor passed away in Anambra State, following an asthma attack. Fellow actor, Odira Nwobu, confirmed his death. Chukwujekwu was laid to rest on October 5.