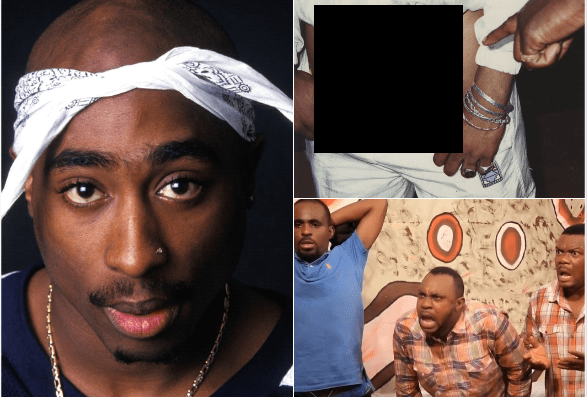 Looking for a special holiday gift for a fan of rap legend Tupac Shakur? Now available to the highest bidder — a picture of his penis.

In one of the more bizarre items in a rash of Tupac memorabilia to go on sale in recent years, an auction house is selling a close-up of his member snapped in 1990.

An unnamed female companion of Tupac, who would be shot dead six years later, said the then up-and-coming rapper was fond of dropping his trousers at parties.

“On this particular night, when a friend was about to take (a) group shot, he did it again! She told him that she was going to zoom in if he didn’t pull his pants up fast, but he just smiled at her and didn’t budge,” said the posting on auction site Gotta Have Rock and Roll.

She asked for $7,500 for the picture but did not receive that much in an initial round of bidding.

The sale comes as the same auction house is embroiled in a legal fight over its sale of intimate items from Madonna, including her underwear and a breakup letter from Tupac, who dated the pop superstar late in his life.

A judge halted the auction after Madonna charged that it invaded her privacy. Most of the items came from an art dealer who helped her pack a house and later fell out with the singer.