Home News Feed UNIZIK Staff Watch P*rn During Work Hours
Facebook
Twitter
WhatsApp
The issue of the nonchalant attitude of some members of staff of the University of Nigeria, Nsukka has been raised by the leadership of the school. 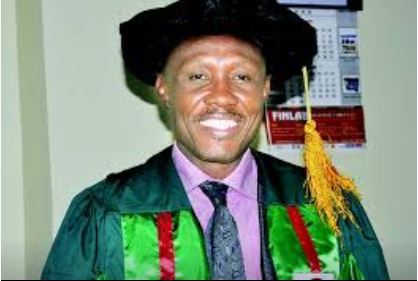 The Vice-Chancellor of Nnamdi Azikiwe University, Awka, Anambra State, Prof. Joseph Ahaneku, on Thursday claimed that over 40 percent of the university staff watch p*rnographic videos and other illicit films during work hours.
Ahaneku says he was able to monitor the development in offices on campus from his own network. He added that he took a decision to curb it by censoring Internet services in the university from his office.
“This is one reason we shut down YouTube from the university’s resource centre.
“People should be made to be conscientious as well as do what they have been assigned to do and eschew indolence.
“There have been a lot of abuses on facilities that, ordinarily, should aid staff in their jobs and as a result plans are underway to remove the televisions in central offices,” he said.
Ahaneku added: “Spending government time without doing what one is paid for is an act of corruption.”