US President Set To Be Impeached

Deolu
Congressman Al Green is set to present articles of impeachment on Wednesday that could lead to President Donald Trump’s removal. 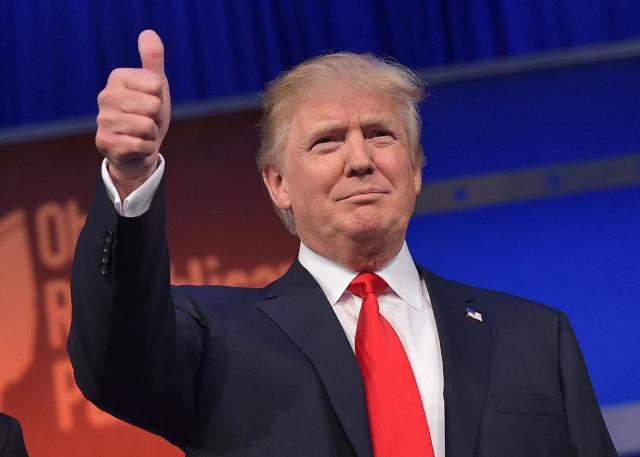 A Democratic congressman said on Tuesday that he intended to force the House to vote on Donald Trump’s impeachment.
Al Green of Texas said he would present articles of impeachment on the floor of the House on Wednesday. He argued that the president was “unmindful of the high duties of his high office and the dignity and properties thereof”.
“For too long, we have allowed our civility to prevent us from confronting the invidious incivility of President Donald J Trump,” Green wrote in a memo to colleagues on Tuesday.
“In doing this, hatred disguised as acceptable political correctness has festered in our body politic and polluted our discourse to our detriment. It divides and damages the social fabric of our country in ways that obstruction of justice cannot. It causes unparalleled destruction to our society in the long- and short-term that will not easily heal.”
The impeachment resolution that Green’s office circulated to reporters on Tuesday did not include allegations that Trump had committed a crime or obstructed justice. But it did detail Trump’s “association” with white nationalism, neo-Nazism and his incitement of hatred and hostility as evidence that he is not fit to occupy the Oval Office.
The congressman specifically referenced: Trump’s comments after the deadly violence in Charlottesville, when Trump drew an equivalence between neo-Nazi demonstrators and liberal protesters; his decision last week to share three anti-Muslim videos posted by the deputy leader of a British far-right group; and a list of statements he has made denigrating groups and individuals, including NFL players and the congresswoman Frederica Wilson.
Democratic leaders have sought to temper calls for Trump’s impeachment, arguing that the move would be premature given the continuing investigations into his campaign and administration led by congressional committees and the special counsel Robert Mueller.
Pushing impeachment before the investigators complete their work, they say, could undermine the prospect of bipartisan action on impeachment should the inquiries uncover compelling evidence against the president. The House minority leader, Nancy Pelosi, has publicly opposed the idea and recently said that if her party retook the House in the 2018, impeachment should not be a focus.
Democratic leaders appeared to have prevented Green from bringing an impeachment resolution in October, when the congressman ultimately stopped short of offering it.
Green is not the only member of Congress who has drafted articles of impeachment, but he would be the first to trigger a vote on them.
Only three presidents have been impeached by the House, though none were removed from office. Andrew Johnson and Bill Clinton were acquitted by the Senate and Richard Nixon resigned before the House voted on his articles of impeachment.
The resolution has no real chance of advancing in the House. Republicans are likely to vote to set aside the motion. But that would still force Democrats to take a potentially troublesome position on a symbolic vote.
A vote to table the motion would force Democrats to explain to restive liberals eager to see Trump removed from office why they did not support an attempt to do so. But if they vote against tabling the motion, they could be forced to explain to moderate and independent voters why they acted to impeach Trump before the investigations had concluded.
House Democrats are “overwhelmingly against” bringing this motion to the floor at this time, a Democratic aide said on Tuesday. The aide said members had raised concerns about forcing an impeachment vote during caucus meetings on multiple occasions.
In his letter to colleagues, Green wrote: “As I have said before, this is not about Democrats, it is about democracy. It is not about Republicans, it is about the fate of our Republic. May everyone vote their conscience knowing that history will judge us all.”