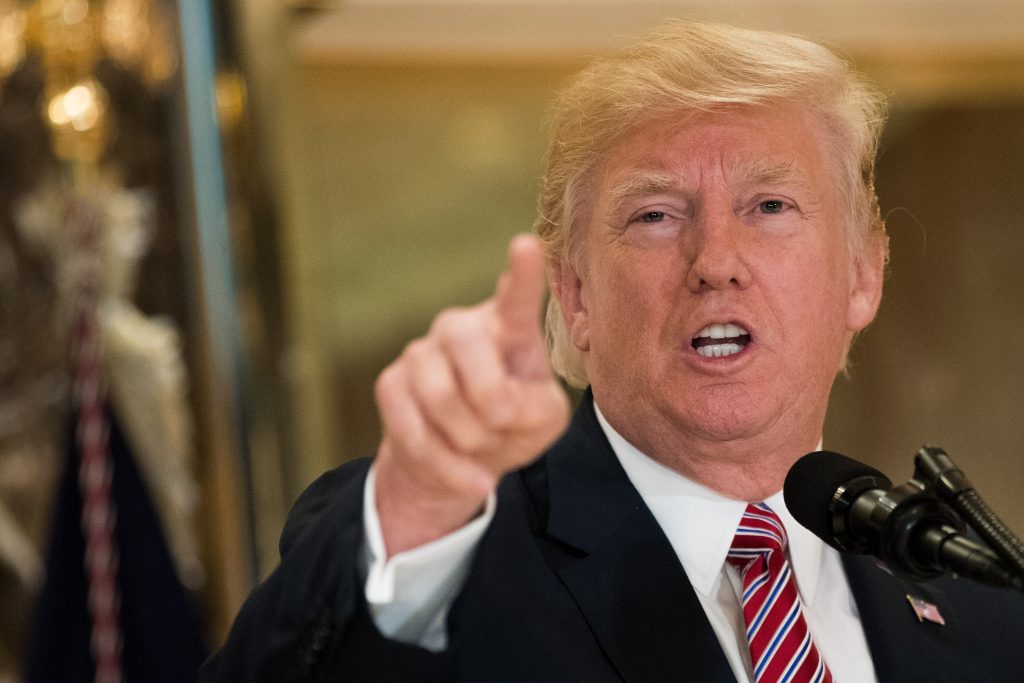 The White House has said that U.S. President Donald Trump will undergo a physical examination while promising to allow the results to be released.
Trump will be examined by a doctor at Walter Reed, a military medical center, “scheduled for the first part of 2018,” said White House press secretary Sarah Sanders.
“Those records will be released by the doctor following that taking place,” she added. Sanders’s announcement came a day after Trump appeared to get a dry mouth and slurred his words when delivering remarks on Wednesday, leading to questions about the president’s health.
“There were a lot of questions on that, frankly pretty ridiculous questions,” Sanders said. “The president’s throat was dry. Nothing more than that.”
Trump’s predecessors typically underwent annual physical examinations with a military doctor and had details of their examination results released to the public. It is the first time that the White House has committed to releasing medical records about Trump’s health.
Trump, 71, is the oldest U.S. president at this point in his tenure. In 2016, Trump released a clean bill of health but some pointed out that the record lacked details and had an over-the-top portrait of the president’s health condition.