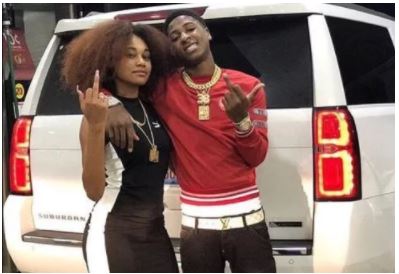 He has been bombarded with hate for constantly flaunting his relationship on social media, and now NBA YoungBoy, 18, has taken a step further to make the case worst for his haters.

The teenage rapper from Baton Rouge, Louisiana who’s head over heels in love got the name of his girlfriend Jania tatted permanently above his right eyebrow.

The move comes after the love pair addressed the hate towards their relationship during an IG Live session.

“Why they don’t like us being together?” YoungBoy asked Jania.

Jania responded, “Man, let me tell you. I don’t know. Because they just jealous. I don’t know what they jealous of.”

YoungBoy said the haters want him “to f**k up so bad.”

Watch the video of him showing off his new tattoo here.