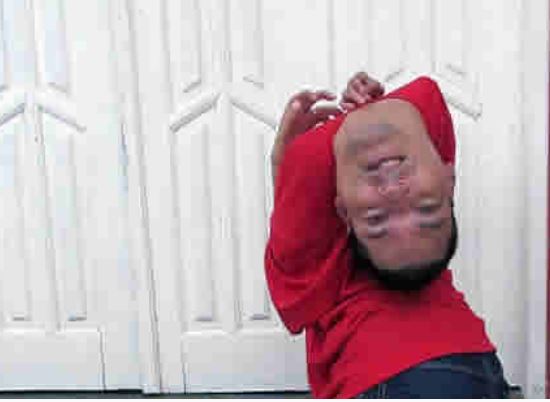 When Claudio Vieira de Oliveira was born, doctors advised his mother to let him starve to death.

This is because something was far from normal about his appearance.

Claudio was born with a rare condition that contorted his spine and limbs.

His head rests backwards on his spine and his limbs lay twisted under him. He essentially has an upside down head.

As Claudio grew, he realised he could walk on his knees, and even use a pen with his mouth and his lips to operate a cell phone.

As the years went by, he grew in confidence. Today, Claudio is 37 years old and an accountant, celebrated public speaker and published writer.