Nigerian singer Wizkid has shared the first photo of his second kid after months he finally acknowledged the paternity of the child.

He took to his Snapchat account to share a photo of King Ayo Balogun with love emojis.

This comes weeks after he welcomed his third child ,Zion with his manager.

If you recall, in 2016, Wzikid’s 2nd babymama, Guinean model,Binta Diallo accused him of being a dead beat dad.She even went as far as posting a the results of a DNA test which proved Wizkid was the father.

Despite that, he never publicly acknowledged the little boy until May this year when he replied a fan who shared a collage of his two baby mamas and said he was lucky to have such pretty women birth his kids, saying Wizkid had good taste in women.The singer then replied saying;

“God bless them for my boys” 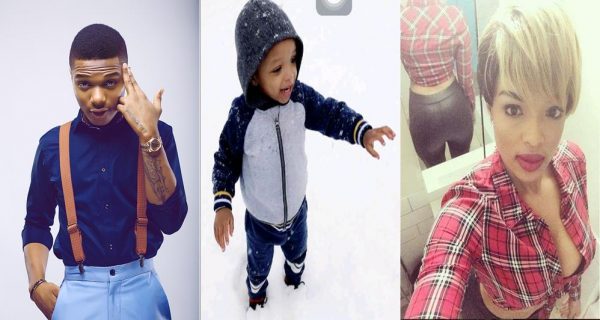