This Woman Tied Up Her Children For Christmas Photo

Deolu
A woman has gotten tongues wagging on the internet after tying up her kids in a Christmas photo that has gone viral. 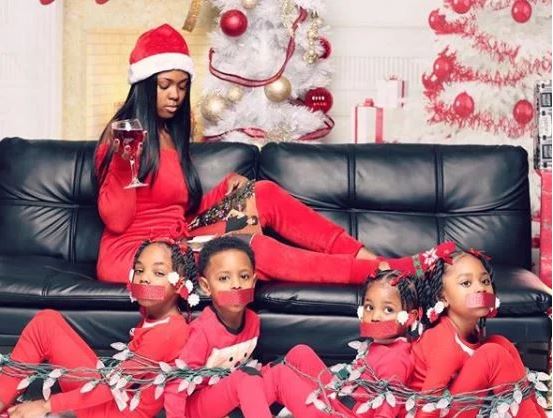 This is the photo (seen above) that has caused quite a stir on social media.
The photo shows a woman posing along with her kids after tying them all up in their home.
Apparently a Christmas photo, the kids are seen wearing red clothes with their mouths tied up with red pieces. On her part, their mother sits behind them, with a glass of drink in her hand.
Social media users have reacted to the woman’s decision to tie her kids up for the photo which is meant to celebrate Christmas with some insisting that it was not necessary at all to subject the children to such a treatment
See another photo of the woman and her kids below: 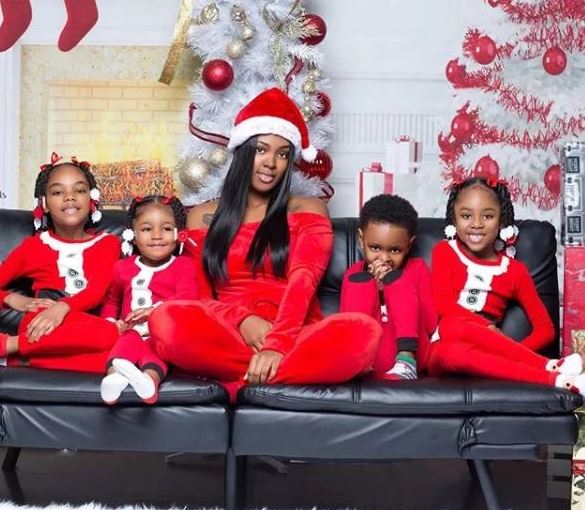