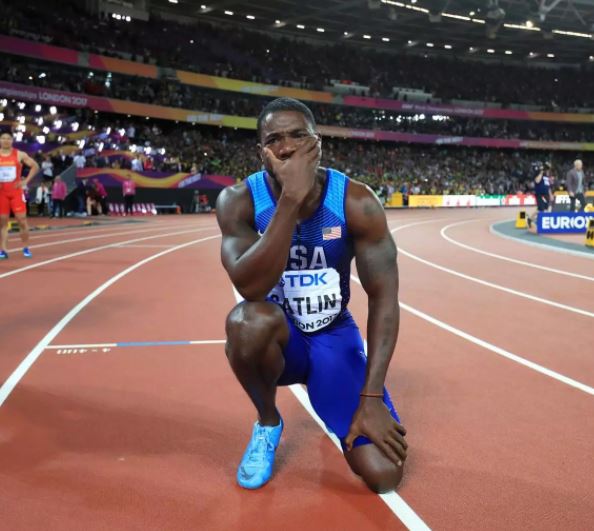 World 100m champion Justin Gatlin is at the centre of a doping scandal after members of his team reportedly offered to supply performance enhancing drugs.
An investigation by The Telegraph claims the US sprinter’s team members offered to provide prescriptions under a false name, and smuggle the drugs to the United States.
According to the newspaper, undercover reporters went to Gatlin’s training camp in Florida. Here the athlete’s coach and athletics agent offered to supply and administer testosterone and growth hormone. The reporters posed as production company employers looking for substances to help an actor get into shape.
They reportedly recorded Gatlin’s coach, the former Olympic gold medalist Dennis Mitchell, and the agent, Robert Wagner, claiming doping in athletics was still widespread and that doping tests proving the use of any banned substances could be avoided.
The Telegraph said that in one meeting with its undercover reporter, the agent claimed Gatlin himself had been taking performance enhancing drugs, something the athlete denied in a statement released on Monday night.
His legal representatives said that in more than five years of official drug tests “he has never tested positive for any banned substance”.
Gatlin has been banned for doping on two previous occasions, in 2001 and 2006. Investigations have now been opened by the Athletics Integrity Unit and the International Association of Athletics Federations into Gatlin, his coach and his agent, The Telegraph reports.
Gatlin beat Jamaica’s Usain Bolt at the World Championships in London in August where the US sprinter was booed by the crowd.