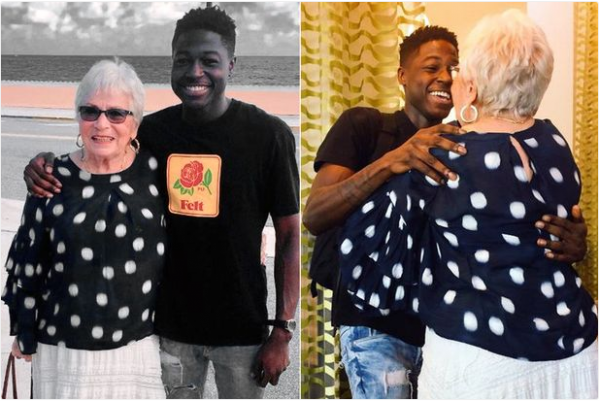 A young man from Harlem, New York, Spencer travelled to visit 86-year-old Roz, who lives in a retirement home in Florida after meeting her online. According to reports, the pair had never met in real life, but had forged an online relationship thanks to a game called Words With Friends.

Spencer, 22, posted pictures of their meet up to Twitter. He said they started “randomly” playing the online game, which pits two people together in a Scrabble-like contest, and have played 324 games.

Spencer said: “So last summer I randomly met this 80 y/o woman on Words With Friends. We played 300+ games together and she actually ended up becoming a good friend of mine.”

Spencer and Roz’s meeting was made possible by New York pastor Amy Butler, who managed to help them get together.

Governor of Ondo State, Rotimi Akeredolu, says Southwest governors are prepared to meet with President Muhammadu Buhari over the whole concept of the security...
Read more

The Kaduna State Government, has said that parents who fail to send their children to school will face prosecution in accordance with extant laws. This...
Read more

No fewer than eight persons have reportedly died in Edo state, following a fresh outbreak of Lassa fever in the state. This was disclosed by...
Read more

The Attorney General of the Federation, Abubakar Malami has stated that his stand on Amotekun was misinterpreted. Read Also: Southwest Governors, FG Reach Agreement On Amotekun Speaking...
Read more
- Advertisement -