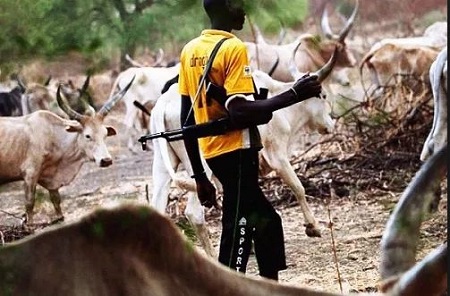 Ten people in Plateau State were killed over two days in violence linked to cattle grazing, part of a months-long crisis that has heightened religious tensions, AFP revealed on Thursday.

According to the report, a military taskforce spokesman, Major Adam Umar, said eight deaths were recorded from tit-for-tat attacks in the rural districts of Bokkos and Bassa on Tuesday and Wednesday.

Revealing how the incident happened, it was gathered that a Fulani nomadic herder was attacked and killed by sedentary farmers from the Ropp tribe while he was digging out sand to make mud bricks for a home.

“In retaliation members of the Fulani community attacked and killed two persons, including a woman, from the Ropp community,” Umar said.

In a separate incident on Tuesday, Umar said, five people were killed in violence between Fulani herders and ethnic Irigwe farmers in Gero village in Bassa district, 80 kilometres (50 miles) away.

In another incident overnight Wednesday, a policeman and a farmer were killed in the eastern-central state of Benue, in an attack on Guma district that was blamed on Fulani herdsmen.

The clashes occurred a day after livestock belonging to the herders were stolen which they blamed on the farmers.

It has long been a hotbed of ethnic, sectarian and religious tensions between indigenous farming communities, who are mainly Christian, and the nomadic Hausa/Fulani cattle herders, who are Muslim.

Tensions have boiled over access to land and resources, escalating into a rift that has deepened along nominally religious lines.

The violence has left approximately 100 dead this year in a conflict now more bloody than the Boko Haram jihadist insurgency that President Muhammadu Buhari’s administration is increasingly being criticised for failing to contain.