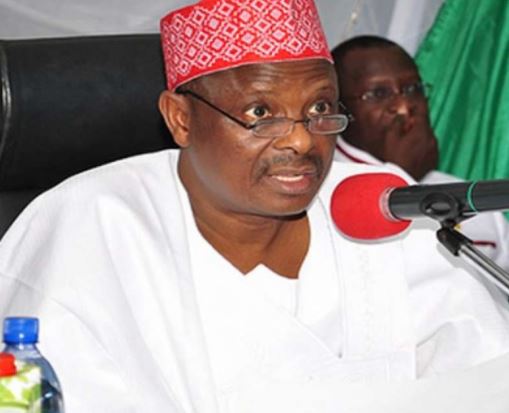 Preparatory to the 2019 general elections, the leadership of the Peoples Democratic Party (PDP) is banking on seven people to challenge the All Progressives Congress (APC) in the presidential contest.

The PDP’s plan is in place whether or not President Muhammadu Buhari is going to seek re-election in the poll scheduled to hold on February 16, 2019. New Telegraph was reliably informed by high ranking sources within the main opposition party, that the PDP is banking on the candidacy of five of its members and two others expected to come from the APC.

The two APC stalwarts expected to join the PDP are a former Governor of Kano State, Senator Rabiu Musa Kwankwaso and a serving Northern governor. “The PDP is working on one of the APC governors as its presidential candidate.

The governor has a broad-based support and acceptable to many of the PDP governors and stakeholders. “I can tell you that some powerful forces in the opposition party are rooting for the APC governor as the possible presidential candidate of the PDP in 2019 election,” a stalwart of the PDP told New Telegraph.

The PDP members, who are expected to run for the presidency, are a former Vice President, Alhaji Atiku Abubakar; a former Governor of Jigawa State, Alhaji Sule Lamido; a former Governor of Kaduna State and immediate past chairman of the National Caretaker Committee of the party, Senator Ahmed Makarfi; former Kano State governor, Malam Ibrahim Shekarau and the Governor of Gombe State, Ibrahim Dankwambo.

An official of the PDP said that the party was banking on the candidacy of the seven people, irrespective of whether Buhari runs or not. It was gathered that Atiku currently ranks highest in the party’s consideration, with Dankwambo, Makarfi, Shekarau and Lamido following.

That is based on the fact that Kwankwaso and the governor have not formally defected. “For now, these are the seven candidates we are working with. We may eventually prune them down to only two when the time comes. But that would not happen by fiat. It would just be for the candidates to come out in the open, make themselves visible to the people. We will look at their acceptability and know which direction we would go,” he said.

On Kwankwaso and the governor, the official said: “Do you think that many people are in APC with their full hearts? Some are just staying there for now.” It was further learnt that while many in the party consider Atiku as the most formidable, many also think that considering his age and the likely opposition to his candidacy by some major power brokers in the country, chief of who is former President Olusegun Obasanjo, there is need for caution. “Atiku, for now, is our strongest card.

But you know what former President Goodluck Jonathan said about him, that he needed to sort himself out with Obasanjo. That is the only problem he has. Except he decides to damn Obasanjo, it might be hard to give him the ticket,” the source told New Telegraph.

But Atiku is said to be at peace with the National Working Committee (NWC) of the PDP led by the National Chairman, Prince Uche Secondus. Previously, it was thought that Secondus and his crew might not want to dine with Atiku, particularly after the Jonathan counseling.

“We are not worried by the NWC for now. We have a good working relationship with them. They would not work against us,” said a source in Atiku’s camp. Further, it was gathered that much as Atiku may not seek or get Obasanjo’s seal to run for the presidency, there is an understanding Atiku and Obasanjo would maintain respectable distance. “We believe that if Obasanjo would not support us, he should leave us.

He should not criticize us. We will not mention him in our campaign,” said a source close to the Atiku’s camp. New Telegraph also gathered that Lamido, being an Obasanjo man, would have directly benefitted from Atiku’s misfortune with Obasanjo.

But there is a strong feeling that his case with the Economic and Financial Crimes Commission (EFCC) might hamper his chances with the party.

A top PDP official said that the thinking within the party is that the APCled Federal Government would continue to harass Lamido with the case, as far as he appears a strong candidate. The source said that Lamido’s chances would have been high if not for the case. But Lamido is not deterred by the case himself.

He is currently consulting widely in pursuance of his ambition. It is also only Atiku, Shekarau and Lamido that have clearly indicated their interest openly. Lamido is currently touring some states in the country.

He is expected in Enugu today (Monday), where he would confer with the state governor, Ifeanyi Ugwuanyi, on the presidential race. Lamido is also moving further to other states to secure the support base he needs. Dankwambo was recently mentioned by fiery Enugu- based Catholic priest, Rev. Father Ejike Mbaka, as a man who can replace Buhari.

It was gathered that Dankwambo, Kwankwaso and the Northern governor may come in handy if the PDP succumbs to the idea of fielding a younger candidate in the event that Buhari eventually runs. Also, there are fears that Buhari might not run, but may allow either of the Governors of Kaduna and Borno states, Nasir el Rufai and Kashim Shettima, to run on the APC platform.

It was gathered that if that happened, the PDP would go for a younger candidate in Dankwambo, Kwankwaso or the governor, who are not up to 60 years. Both Atiku and Lamido would be in their 70s by 2019.

At present, Makarfi’s candidacy remains hazy, except within the ranks of the PDP. Chairman of the PDP Board of Trustees (BoT), Senator Walid Jibrin, confirmed that party stakeholders from the North have started profiling interested presidential aspirants from the region. New Telegraph further gathered that it is in preparation of the imminent showdown expected between the APC and PDP that a third force is being prepared by powerful stakeholders.

For now, the third force,made up of the likes of Olisa Agbakoba, Donald Duke, Oby Ezekwesili, and Prof. Pat Utomi, among others, maintains that it is not a political party. But there are indications that members of the group with their backers, which include prominent names in the PDP, APC and even neutrals, might find a platform to contest in 2019, if it becomes clear that the two major political parties might not meet Nigerians’ aspirations.

Utomi told New Telegraph that the concern of the group now is just to mobilize Nigerians on the need to vote and choose the right candidate in 2019. According to him, there might be further developments going into 2019, depending on the way things turn out.

“We are only interested in enlightening Nigerians to vote. That is our primary concern for now. But for sure, when the time comes, we may really look further on things,” he said.