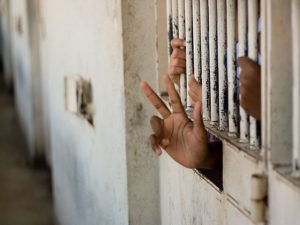 A statement issued on Monday in Yola by the Commissioner of Information and Strategy, Ahmad Sajoh, said the governor also commuted the death sentences of two other prisoners to life imprisonment.

“As part of the New Year celebration for 2018, His Excellency has invoked the powers conferred on him under the prerogative of mercy, acting on the advice of the Advisory Committee on the Prerogative of Mercy, headed by the Attorney-General and Commissioner for Justice, decided to pardon the convicts…’’

The governor, who is wishing the people of Adamawa a prosperous New Year, urged them to reflect on the preceding year and try to see areas that needed sustenance and improvement.

He also called on all eligible persons in the state to ensure that they obtained their voters cards, in order to fully participate in the democratic process that would commence during the year and to remain vigilant, to ensure peace and prosperity in throughout state.