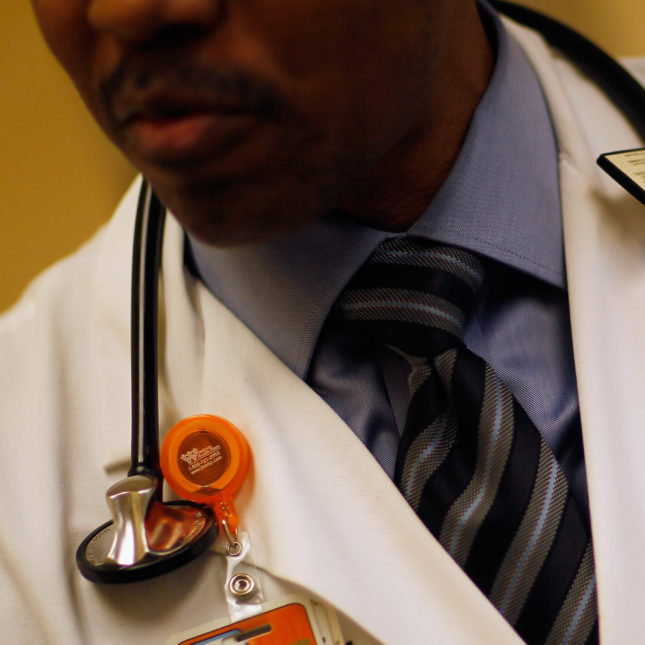 Dr Nwaopara A.U, a Consultant and Medical Superintendent, Psychiatric Hospital, Eket, has been sacked by the Akwa Ibom Government for allegedly stealing six hospital beds and converting them to personal use.

According to PM News, the state Commissioner for Health, Dr Dominic Ukpong made the disclosure while addressing the management and staff of the hospital in Eket on Friday. He alleged that the doctor stole the beds in October last year and converted them to use in his private hospital in Marina area of Eket.

But Dr Nwaopara stated that the matter was in court.

“We have terminated the appointment of the doctor who stole the beds in the psychiatric hospital and converted them to personal use.

“We will not condone such attitude from any doctor. I want to thank the management of the hospital for their cooperation during the investigations,” Ukpong said.

The commissioner, however, observed that the psychiatric hospital was one of the most neglected in the state.

He said that the hospital lacked facilities and lamented that its management failed to notify the health authorities in the state.

He said the hospital faced challenges, including inadequate space, lack of equipment, shortage of staff, zero subvention, and promised to tackle the challenges.

Ukpong, however, thanked the hospital management for its services to the state despite the challenges.

He reassured the management that the state government would equip the hospital very soon.