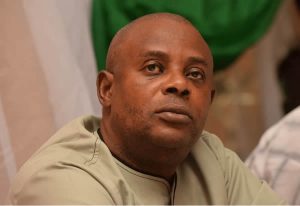 The All Progressives Congress (APC) leadership has been advised by Abiodun Faleke, the former Campaign Coordinator of President Buhari, to ignore the pledge by the Kogi State Governor, Yahaya Bello, that he will deliver the state for the party in the 2019 presidential election.

Bello had during his recent visit to the Presidential Villa, assured the party’s leadership that he would ensure that Kogi delivers more votes for the President in 2019 than Katsina, his home state.

But Faleke, who was the deputy governorship candidate of the APC in Kogi State during the 2015 election, alleged that Bello had no such capacity because of his poor record of performance in the state.

Faleke, in a statement on Wednesday, said, “It is the height of deceit for a governor who owe several months’ salaries and pensions, and who cannot provide basic infrastructure, to boast of delivering Kogi for President Buhari in 2019.

“Mr. President, how can a governor who has been indicted by the Independent National Electoral Commission for engaging in double registration lead your campaign train in Kogi with such a moral stain hanging on his neck?

“The question is, will President Buhari contest? If yes, will he win Kogi with Yahaya Bello as the chief campaigner? The answer is No. This is because he has killed the APC in the state, thereby stripping us of critical campaign issues in the state.”