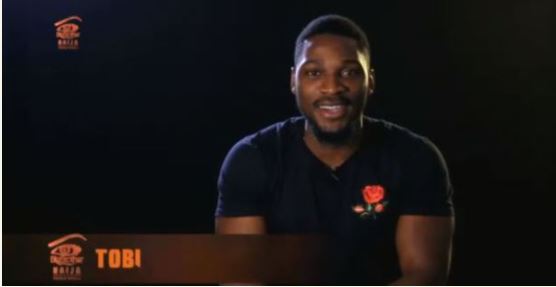 Nigerians on social media have already taken sides, with many picking out their favourite housemates already. 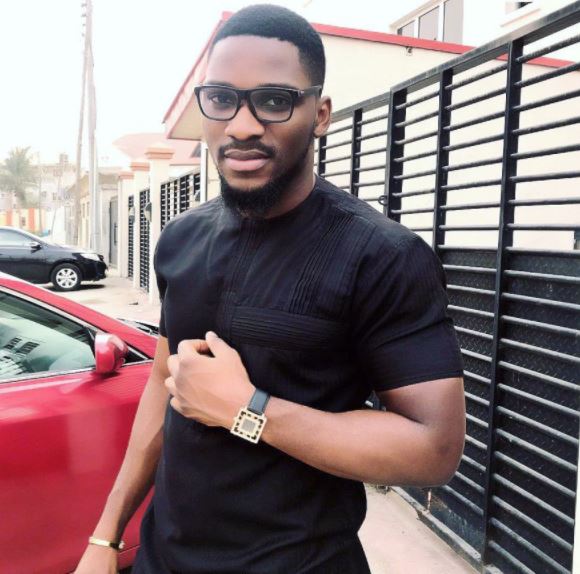 Folks on Twitter are already wishing one of the housemates, Tobi Bakre is sent packing already as he’s a controversial socialite with an alleged history with randiness. Tobi Bakre is a 23 year old handsome investment banker, who graduated from the University of Lagos. Many unfounded claims are gathering momentum that he has broken the hearts of many ladies.

A Twtter user @ChiefWale_ narrated How Tobi also snatched his girlfriend from him 2 years ago.

“I haven’t seen any part of the BBN yet because in transit but I hope that Tobi guy gets out of the house ASAP. The stupid boy snatched one babe from me 2 years ago.”

Meanwhile, some eagle-eyed social media users who spotted Tobi’s bushy armpit have appealed to him to go for a clean shave. 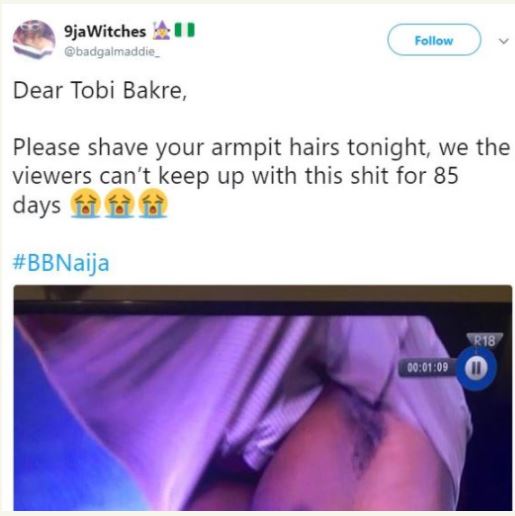 And also, one of the female housemates, Khloe aka Koko appears to have won the heart of Annie Idibia, wife of legendary singer, Innocent 2Baba Idibia as she has started a subtle campaign for her on social media.

Koko is a fashion/stylist entrepreneur. The 24-year-old has quiet a number of celebrities following her on Instagram namely Annie Idibia, Banky W, Peter Okoye, 2Face Idibia, amongst others. 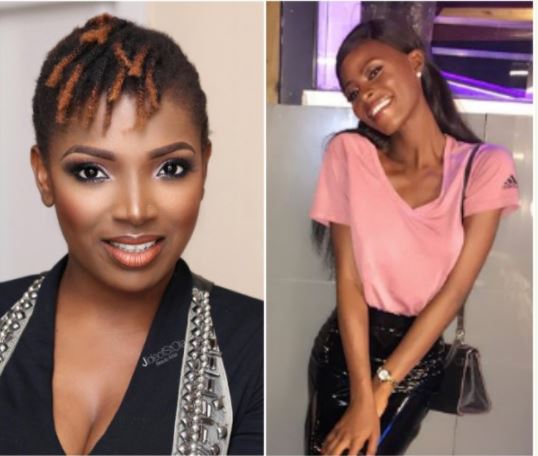 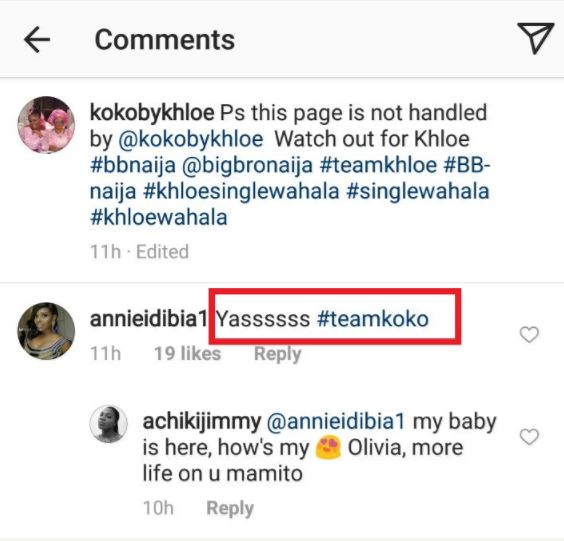